Last updated on May 1 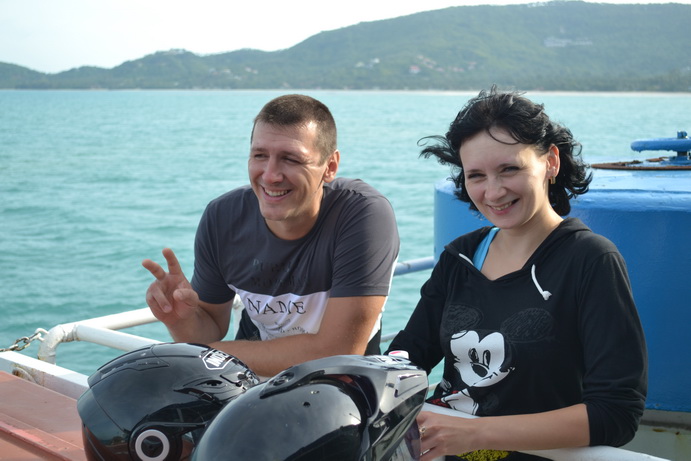 Not so long ago to us on a visit there came old friends the Artem and Irina from Omsk, and we spent for them motor-round across southern Thailand. On a route it was planned to pass for 11 days and it has begun with island of Samui. With the Artem we have chosen for them Honda CBR500r motorcycle, I took CBR250r therefore as one went and such cubic capacity quite approached for these purposes.

Early in the morning we have loaded things into backpacks, were forwarded on continent, on the first refuelling PTT have filled in full tanks local gazohol E91 and have got under way in a way. In the first day we should cross an isthmus of Thailand.

The road was chosen not by banal motorways of Thailand of type 44 and 4, and have gone the local country. On a status these roads at all did not concede to our Russian highways), but passed along Thai settlements which at all you will not see in tourist places.

On road it was interesting to see big fields of a hevea, bananas, palm trees, manufacture of spirit for a gazohol, latex, coconut oil.

On one of stops we have called on Thais and have looked as juice from trees of a hevea gathers and the half-finished product in the form of the pressed mattresses which surrenders subsequently for manufacture of products from latex becomes. 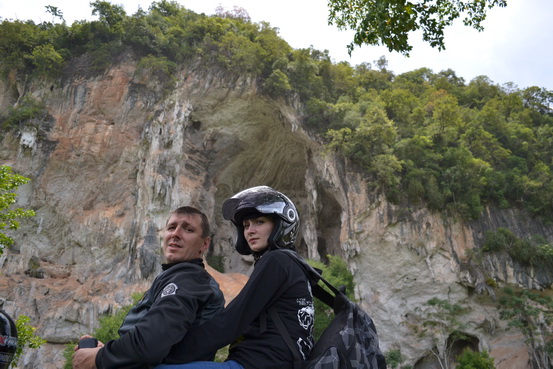 Soon we have reached the first our purpose – extraordinary beautiful lake, the maintenance in it of salts and minerals did it is crystal transparent with a dark blue shade. It was twice pleasant to bathe after a long trip to warm, fresh and pure water, having sated the organism with useful minerals. 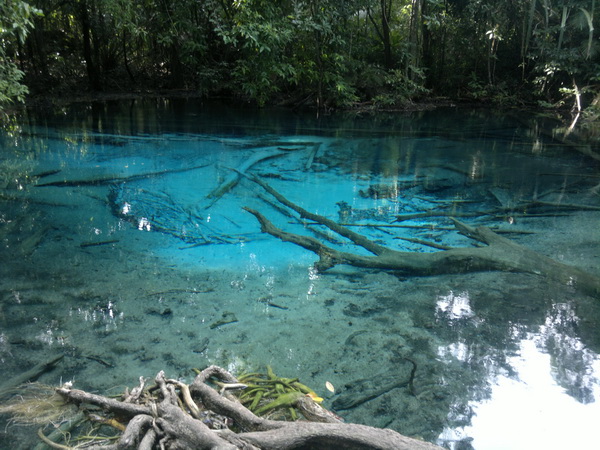 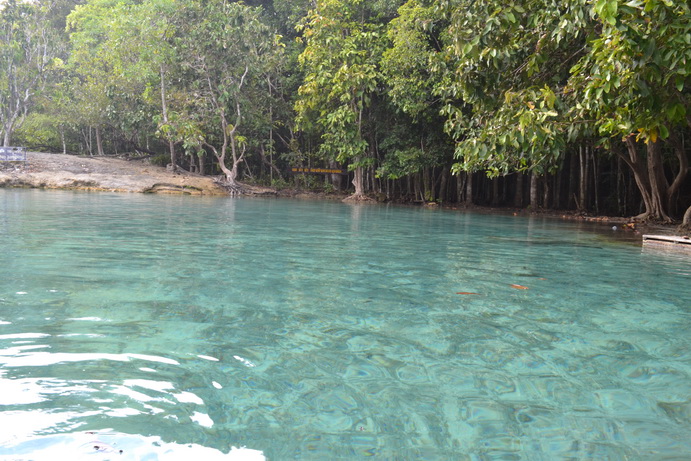 Many having had a good swim and having taken a walk on reserved territory of park we have gone on island a Ko Lanta.

The island is divided into 2 parts, it is Ko Lanta Noi practically is not rendered habitable and consists basically of mangrove thickets and Ko Lanta Yai, actually where we and have gone, having overcome 2 small ferries. Ferries depart each 30 minutes to 11 o’clock in the evening.

On island a Ko Lanta we were occupied in a bungalow on to seacoast and it was pleasant to hear ocean noise lying at myself in a small house. This place reminded tourist areas a little, here practically there were no night bars and restaurants, beaches at this time year are a little shined and deserted. Having arranged cosy on chaise lounges on one of them we observed of crabs who took out waves on sand and they tried to be dug at once in sand. 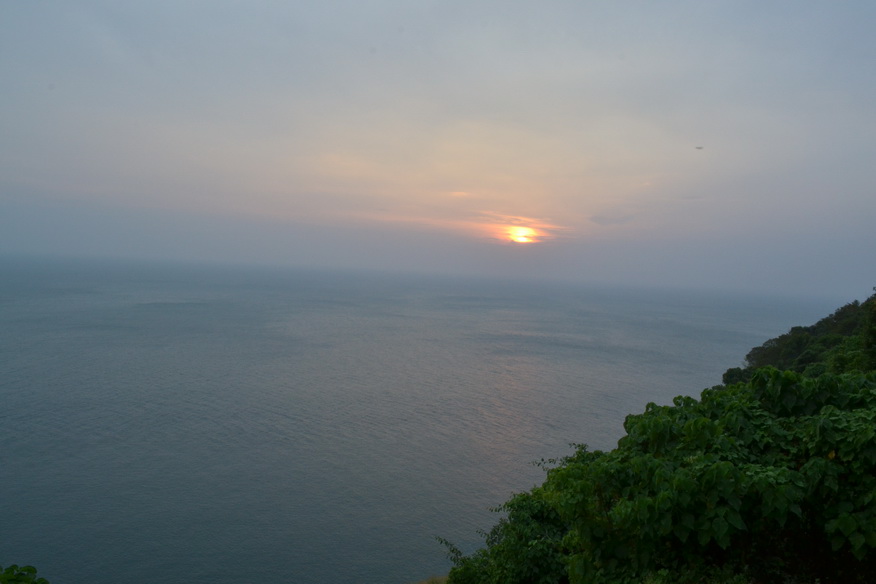 In the next afternoon we have visited an old city of a Ko Lanta, with its ancient constructions located on water on piles, some of which more than 100 years and a pier a mooring serving in olden days for the ships going with the goods from China to Malaysia. Have got to to village of gipsies and have risen on a steep slope in a cave with lake inside and bats. One more of sights of island the Ko Lanta is national park with a beacon in which territory it is possible to take a walk on square, to have a rest and take pleasure in a decline. On the way to national park of a Ko Lanta we have stopped to look at wild monkeys but after there was their leader and something loudly having growled to the fellow tribesmen they began to attack us, protecting the possession and we have hastened to retire. 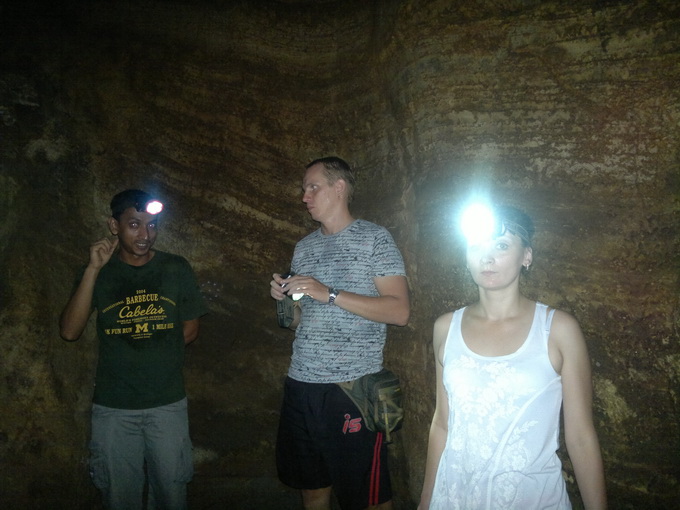 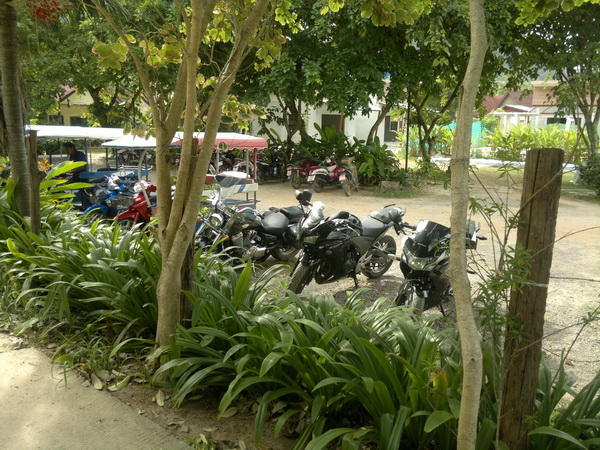 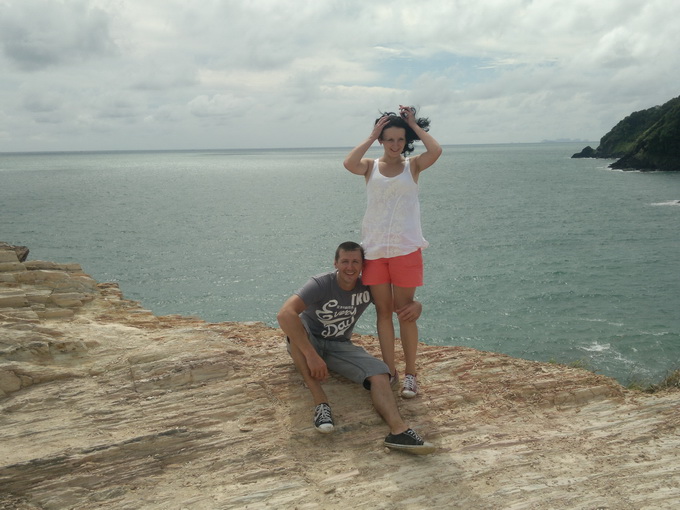 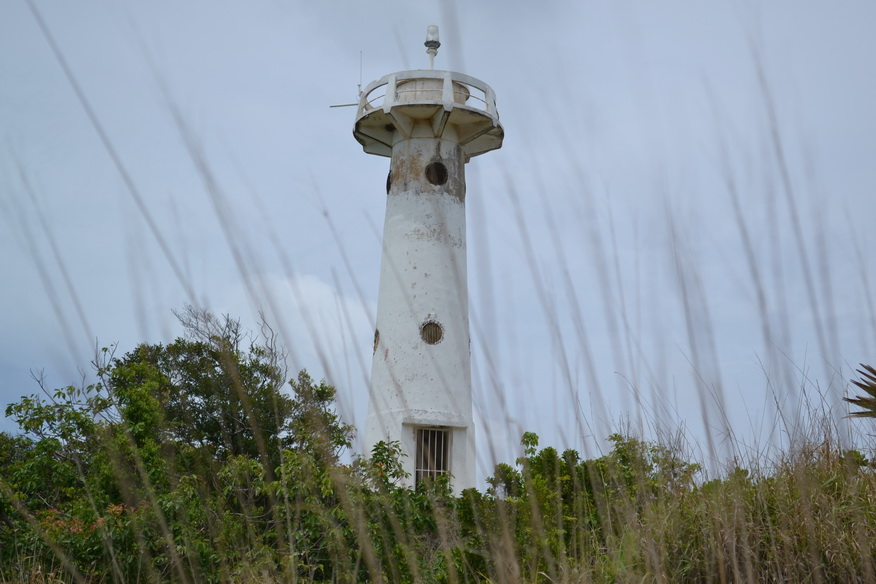 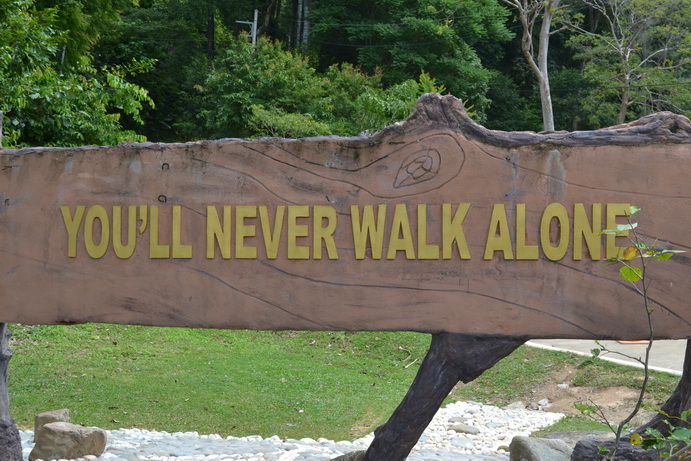 Having left island a Ko Lanta we have gone to a Krabi province, to be exact in its provincial small town – an Ao Nang. On road having grasped one more place – a Thai temple under name Tiger cave. A highlight of that place today is Buddhist construction at mountain top a way to which conduct 1230 steps.

Having had a rest in small town an Ao Nang at interesting small restaurant Crazy Gringo have gone on the Railay – a paradise beach with the cosy atmosphere, surrounded with greatness of karstic mountains with pure water and a soft sand in the morning. 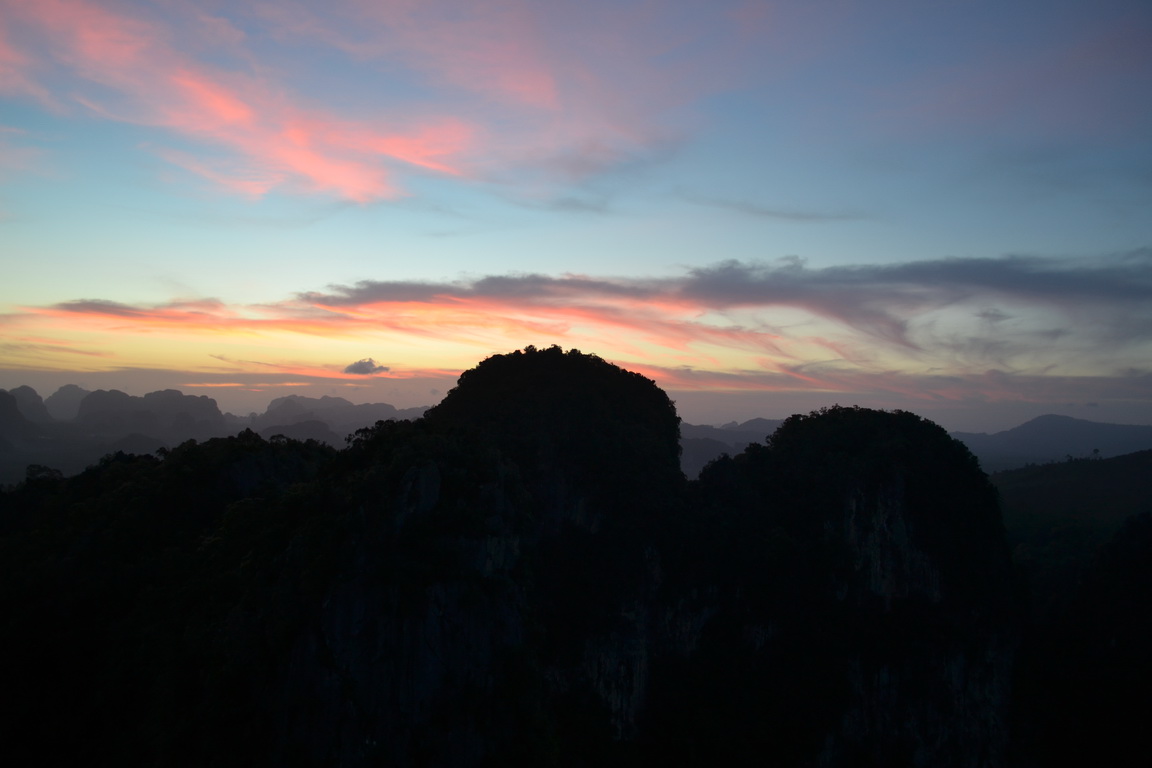 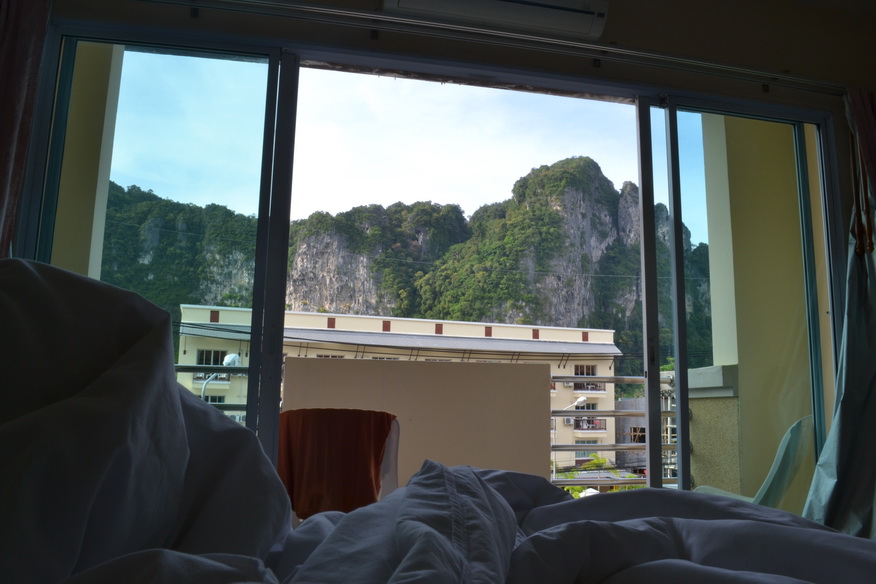 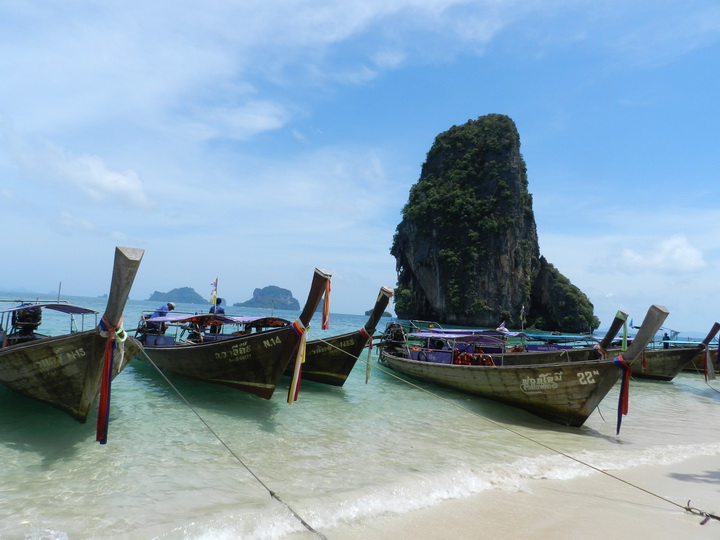 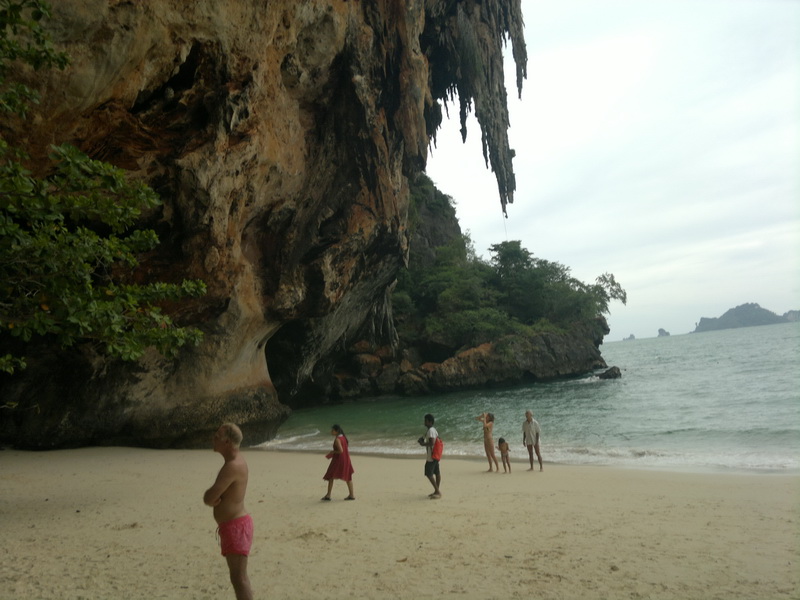 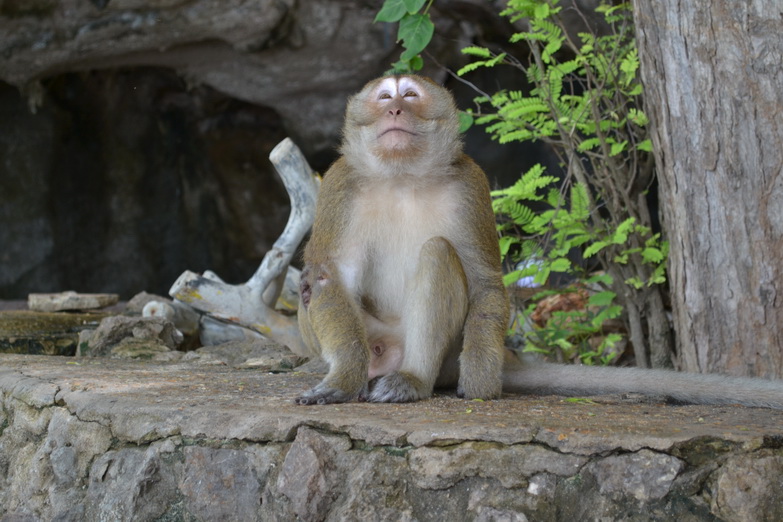 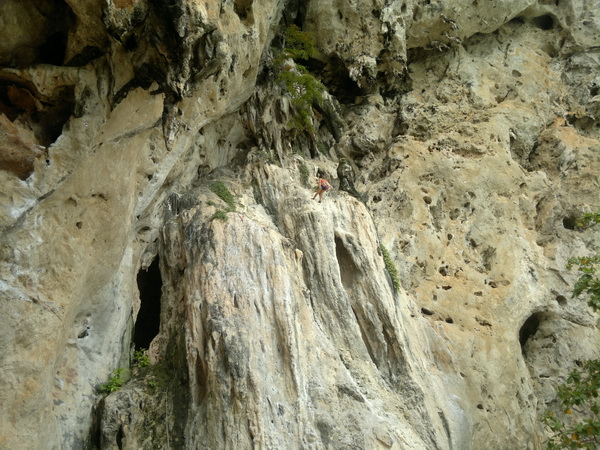 Having stayed for a while some days in this paradise place we have gone towards island Phuket, having called in in Ao Luek small town where there is one of known caves of southern Thailand – a cave of a phantom with a large head. It is well-known for colour rock paintings with the image of people and animals which is more than 3000 years. To reach it it is possible only having made not less fascinating travel on kayaks on mangrove thickets, swimming away in dark grottoes and creeks with a fantastic landscape. 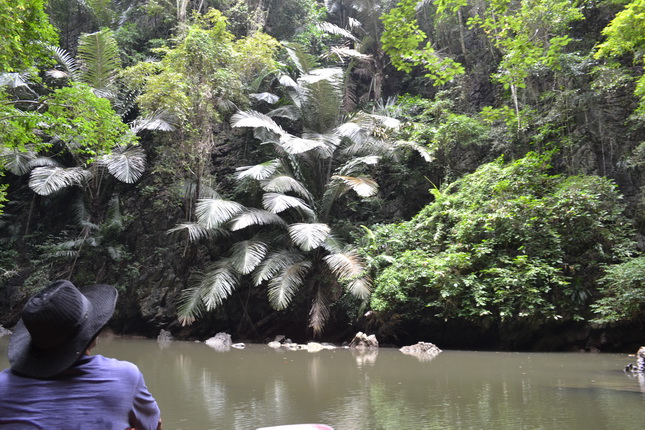 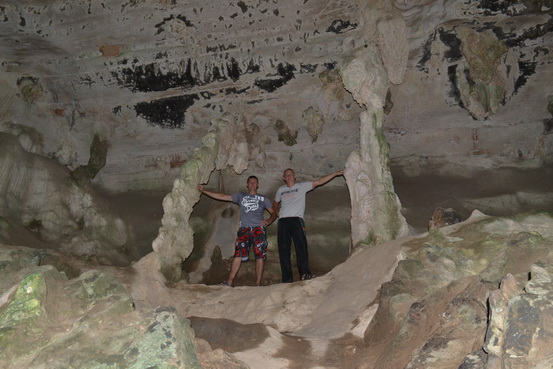 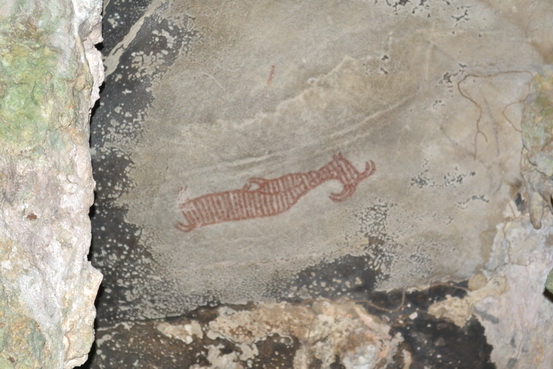 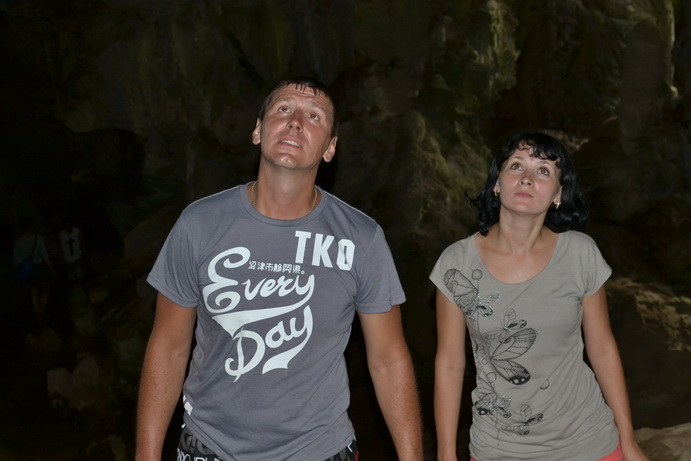 On island Phuket we have got to by the evening and the congestion of tourists, bars, restaurants and various shows in not less known street Bangla road phuket have lodged in hotel on the most known beach of Patong. Certainly, after island a Ko Lanta, a Krabi, an Ao Nang and the Ao Luek is the civilisation centre). On island Phuket there are big shopping centres, such as Tesko Lotus, BiG C, Central Plaza, Jungceylon shopping, and small benches with souvenirs, vests, caps and other summer attribute it is possible to meet continually. You ask what to take with yourselves gathering in a trip for island Phuket – anything, here all is! Night entertaining institutions, bars, clubs, restaurants in the evening open, tourists in search of entertainments and adventures everywhere scurry about. 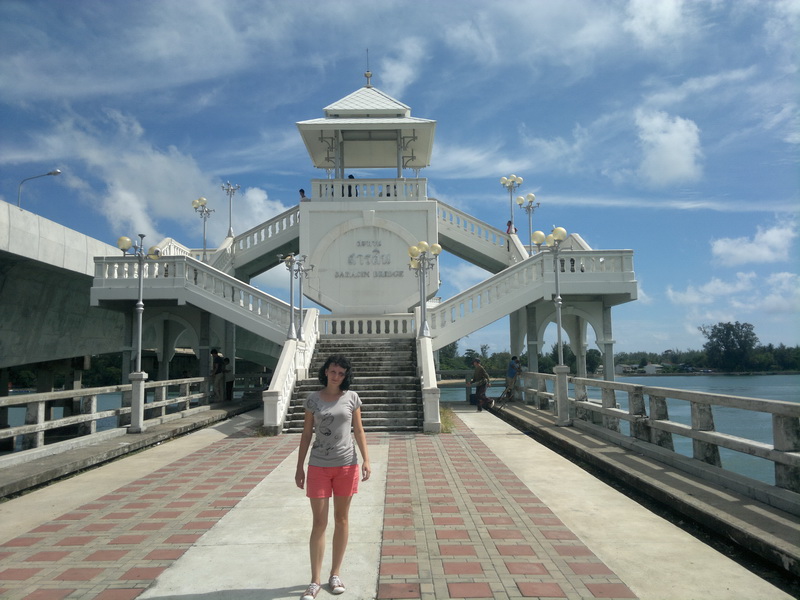 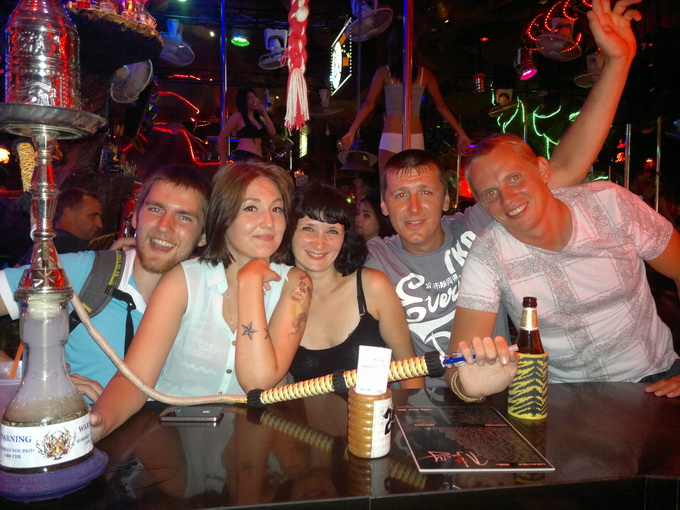 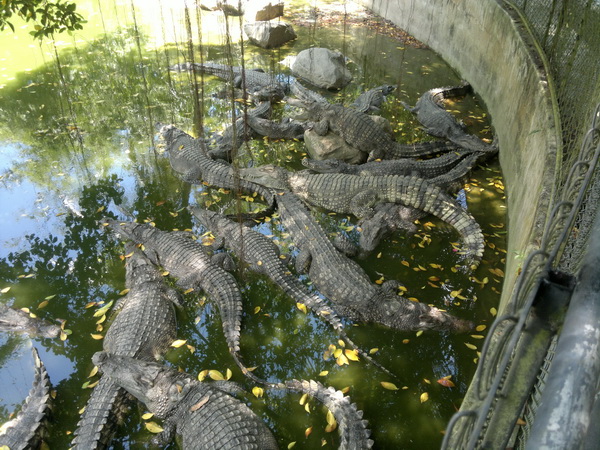 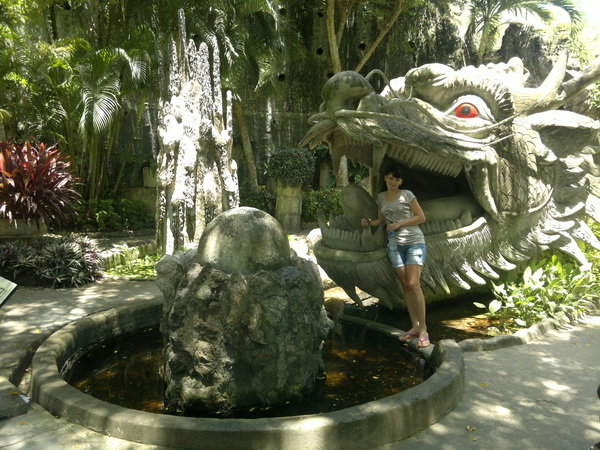 After Phuket we have returned on island of Samui, where too was on what to look. Have visited on 18 metre falls Namung waterfall, have looked at the dried monk who has left in a nirvana in Thai complex Wat Khanaram, have driven on elephants and have called in on peak of mountains of island in Magic garden Samui and madly beautiful place with zodiac signs. 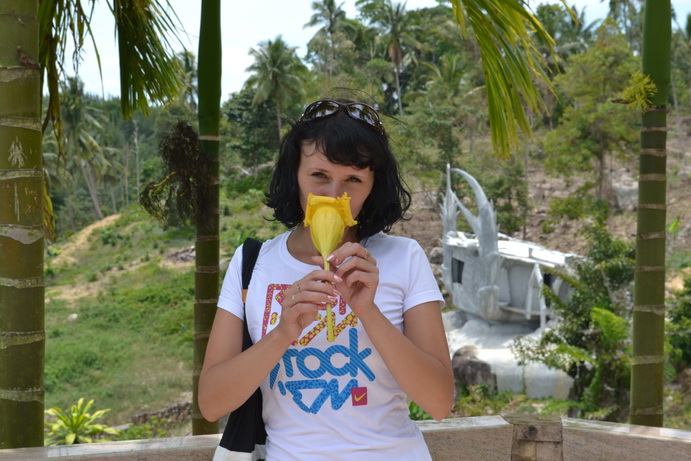 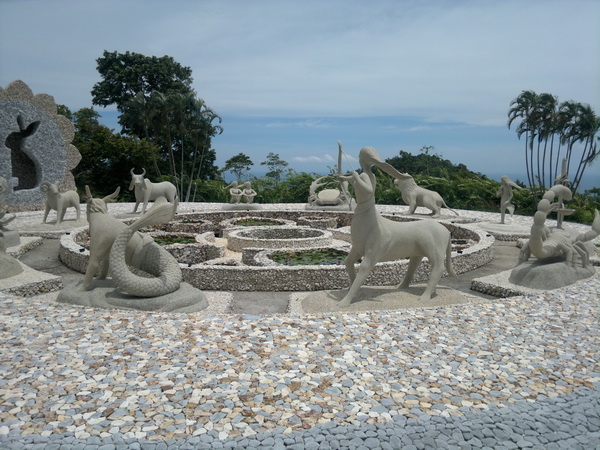 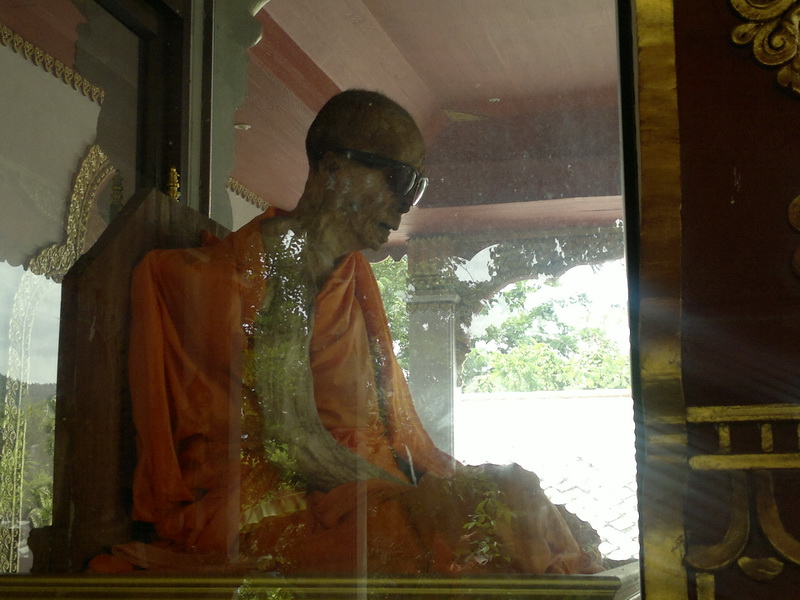 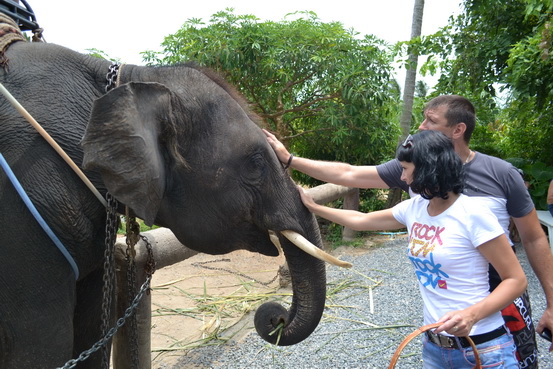 It was unforgettable and fascinating travel on motorcycles across southern Thailand!