Kindergarten on a Ko Lanta

On pleasant circumstances for us we have again appeared on island Lanta, now in the company of the friend of our family. In an anticipation of week of a relax, we have decided to organise leisure for our younger member of the company and to find to it a kindergarten on a Ko Lanta.
Having inspired with conversation with the local resident which has assured us that gardens here continually, we took the replaceable complete set of clothes for the son and have gone under her recommendations.

The international school for children, located more close to a Saladan was the first on turn. To our huge disappointment it has appeared closed. The young man working in the neighbourhood at the international language school, has told that he here all month, therefore cannot inform anything about school for children. Time the school within a month did not function, there was nothing to wait here, and we have gone in a direction of Thai gardens. 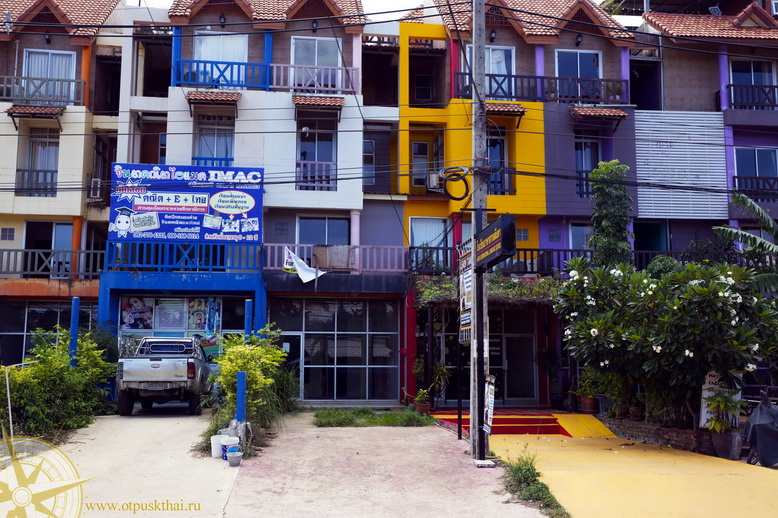 Having passed on territory of Lantovsky Thai school, I had a talk with one of teachers who has specified in a direction of a building of a kindergarten. Have gone with the son along a school building at the same time to look at process of training of local children. 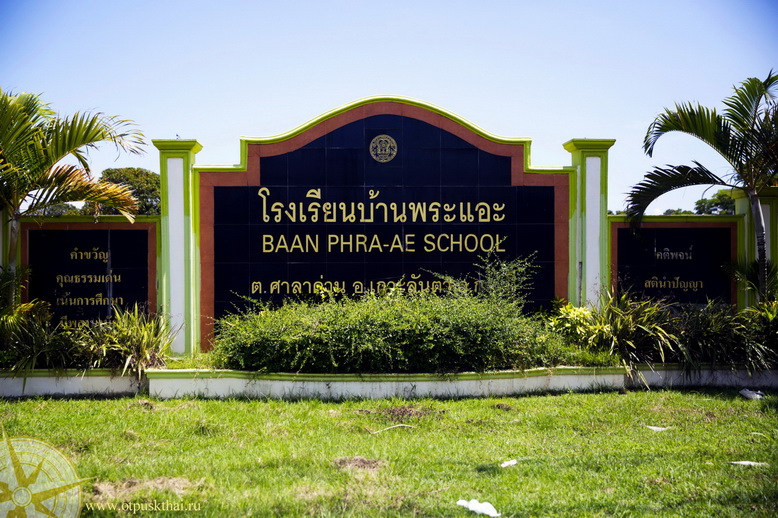 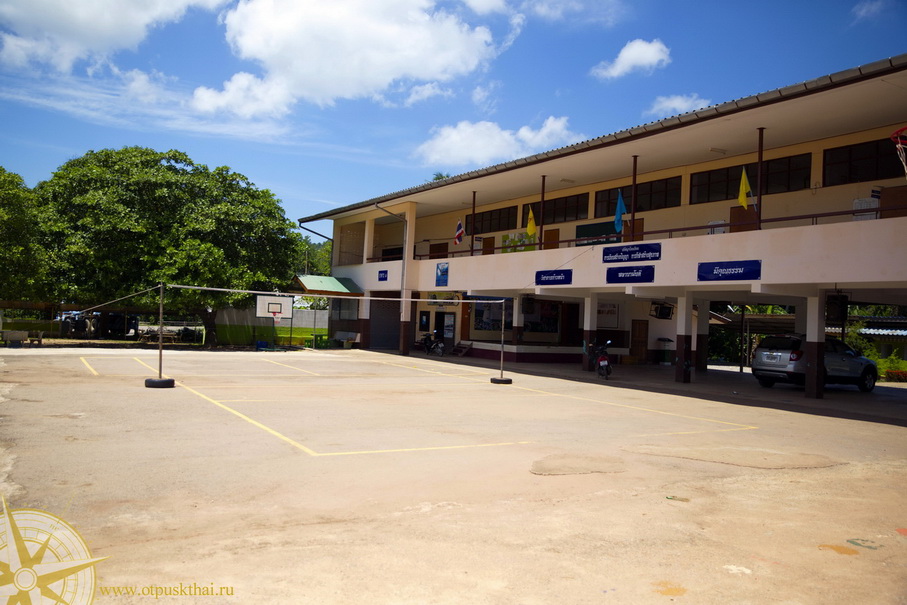 We have tried to slip imperceptibly by open classes not to distract attention of pupils. Instead we of attention has appeared is chained to classes. From wide open open doors intolerable hubbub reached. Some tens children simultaneously about something exchanged words, some even have half-risen from the places while the teacher patiently explained a lesson subject standing at a board. And such picture was in each class. The complete silence in classes is necessary on days off. 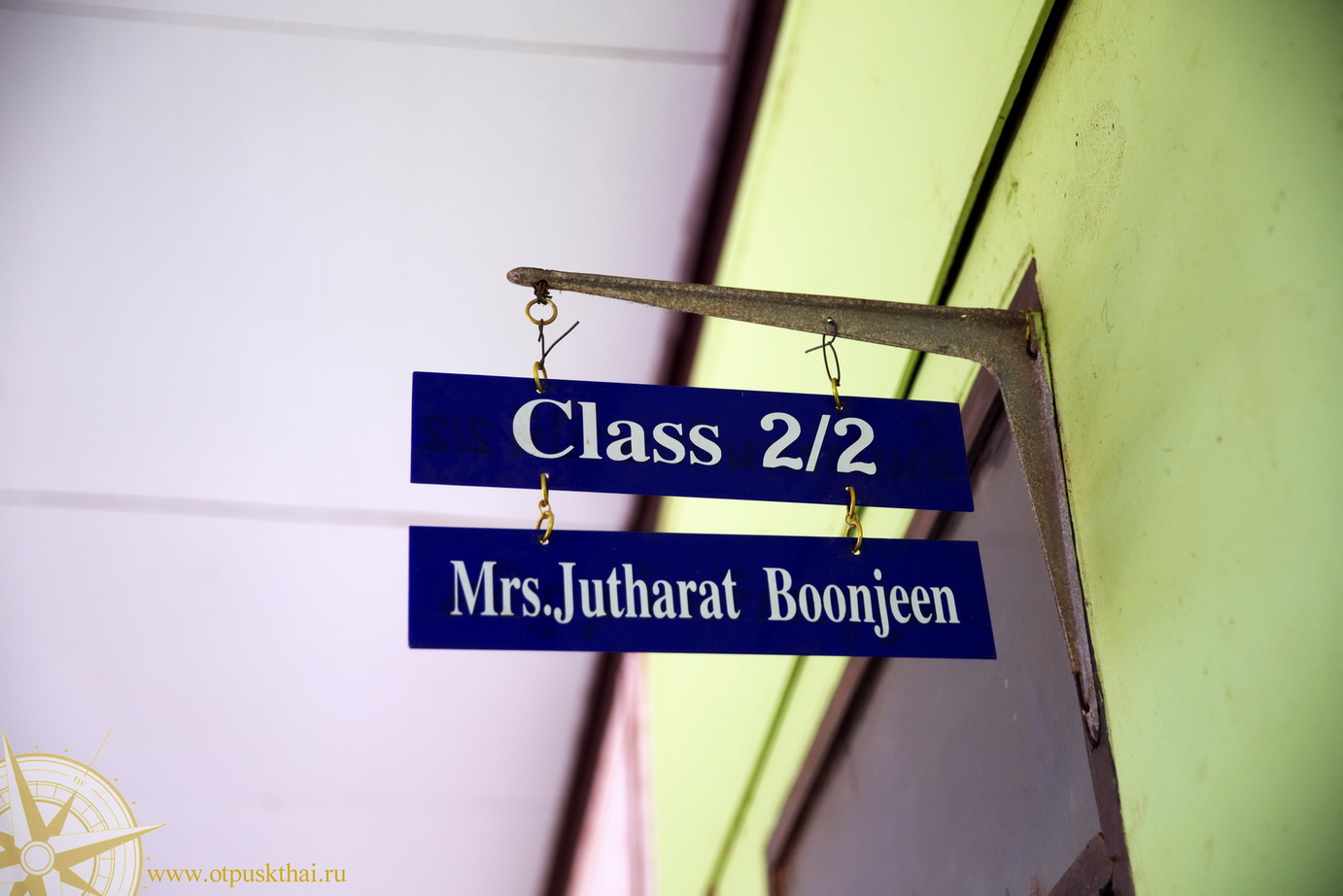 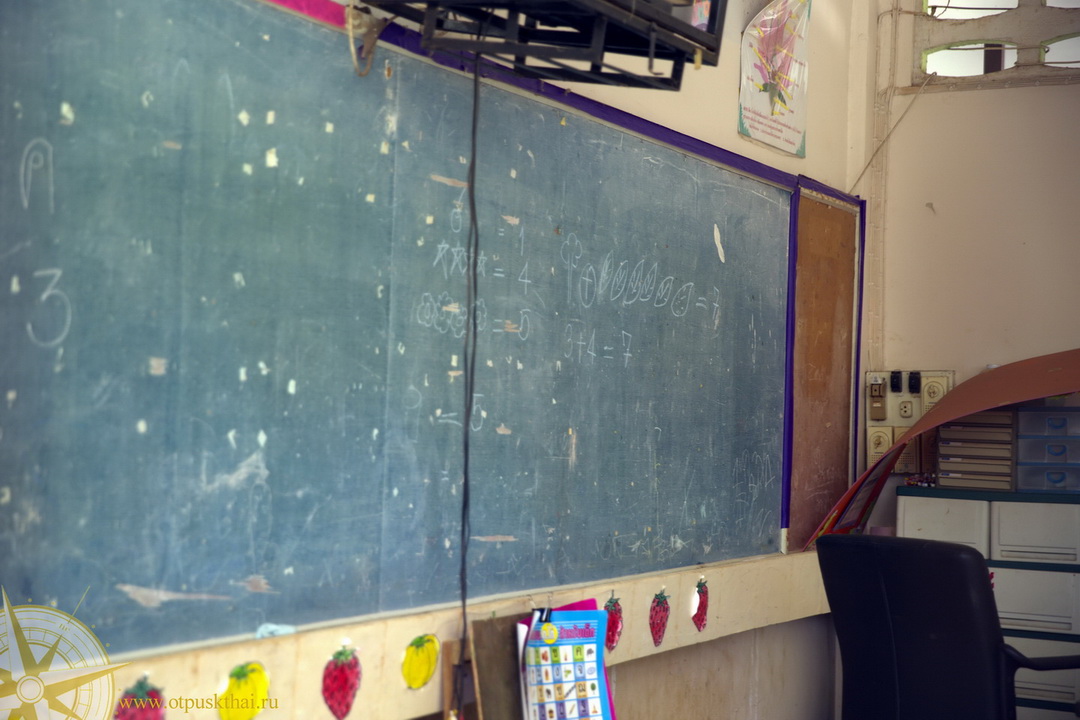 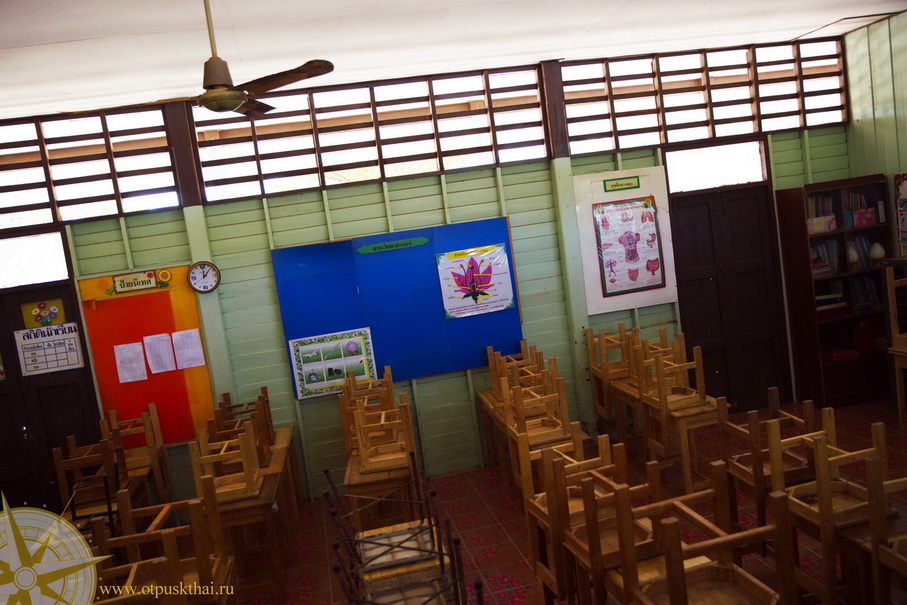 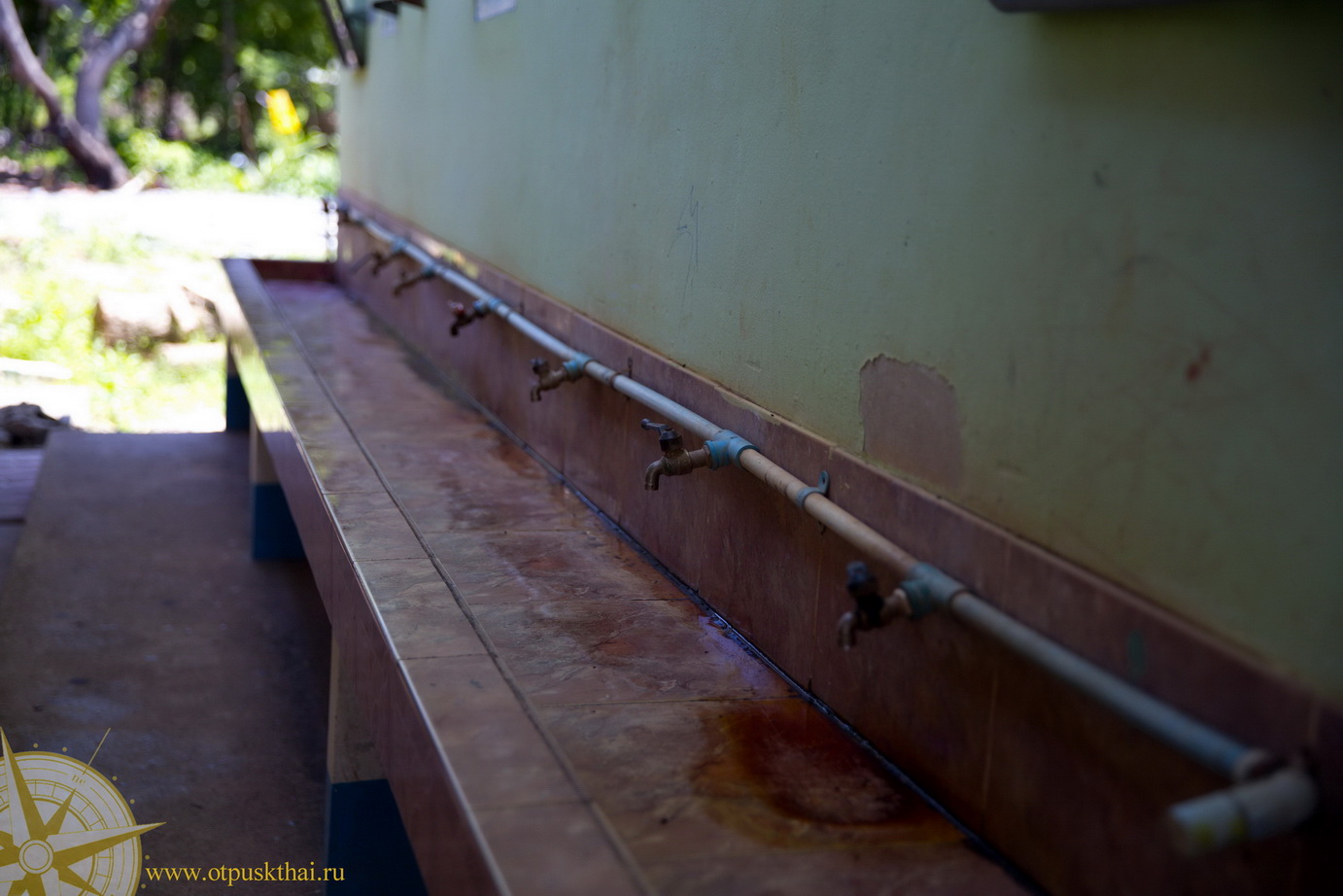 It is interesting, whether such discipline is reflected in progress of schoolboys? Judging by a mistake in one of examples on a board, defects are available. 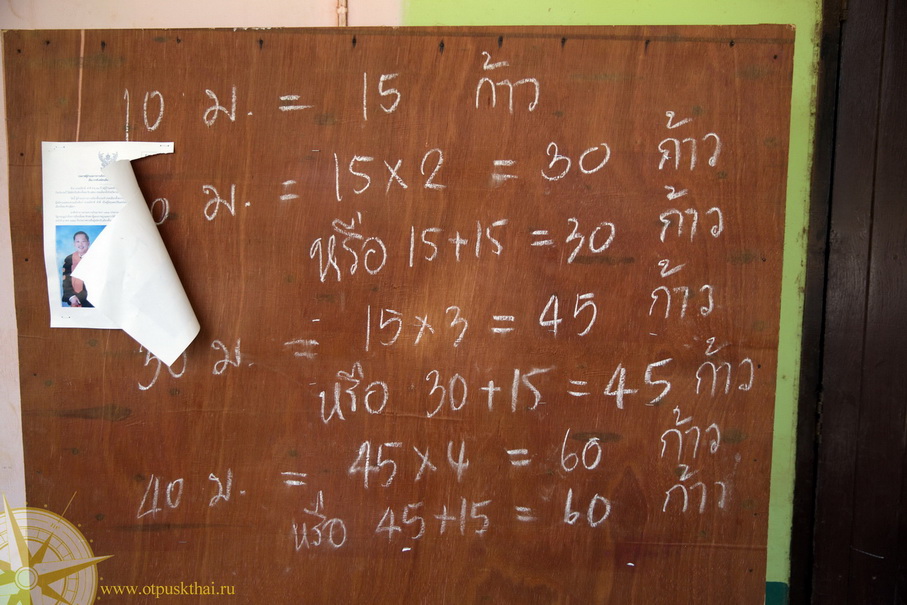 When we already approached to a kindergarten, the car which left some men has approached. On a threshold they were met by the garden personnel, and all of them have come into a building. Alone having waited on a threshold of minutes ten, we have decided to pass to one more institution and if there it will not be pleasant to us to return.

The third place shocked even us – living in Thailand not the first year. Having called in in a court yard, through a door lattice of one of barracks we have seen the roaring boy. He kept for it both hands and cried. Our motorbike has stopped opposite to this door, and we did not move a little three minutes, and nobody approached to the kid. At last us have noticed and have taken away the child deep into rooms where he has continued to cry. Photographing was inappropriate, therefore in words an approximate picture of an event in this garden following: children of different age sit on a floor in front of the small screen and animated cartoons look. Two adult women nearby sit and too watch TV. At this time some children play in itself in different parts of a hall. Frightened by coming of foreigners of a Thai-Moslem to our pleasure have informed that on short term they of children do not take. We happy with that to us was not necessary to refuse, and like as they us could not accept it, quickly retired.
Having returned to a garden where on our conjecture there came inspection, we have found out that the important car has left. Having undressed at a threshold, I, the husband and the son have stepped inside. About twenty minutes we have spent in a corridor of a kindergarten of Ko Lanta. In this time the personnel with us lovely greeted, smiled, running from a room to a room, but anybody and has not approached to us. 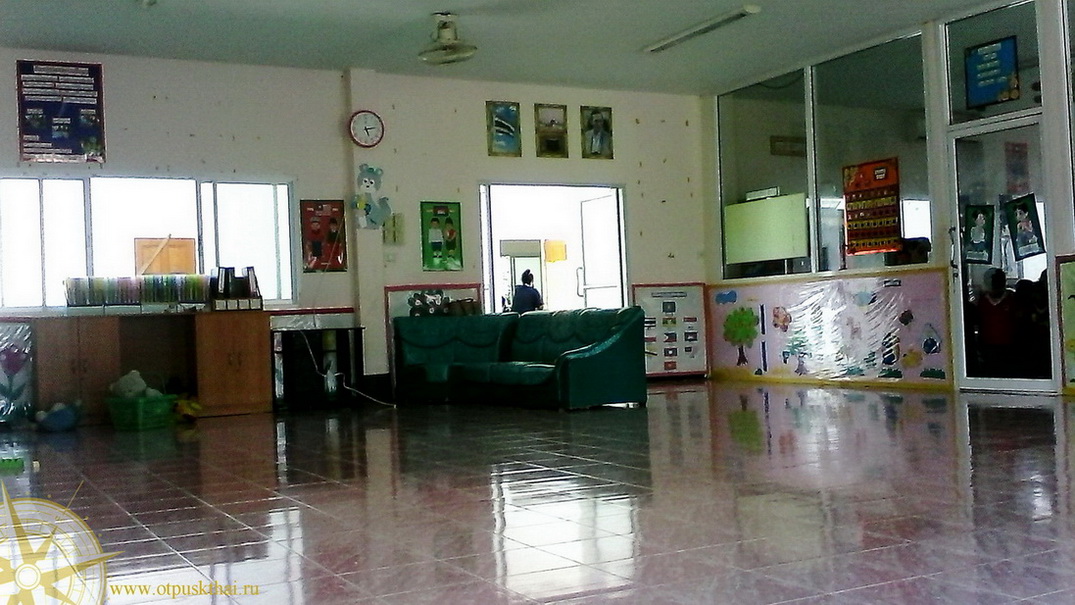 Our son, taking an opportunity, played toys with the father. And even when from rooms in a corridor children have run out, any teacher to us did not leave. 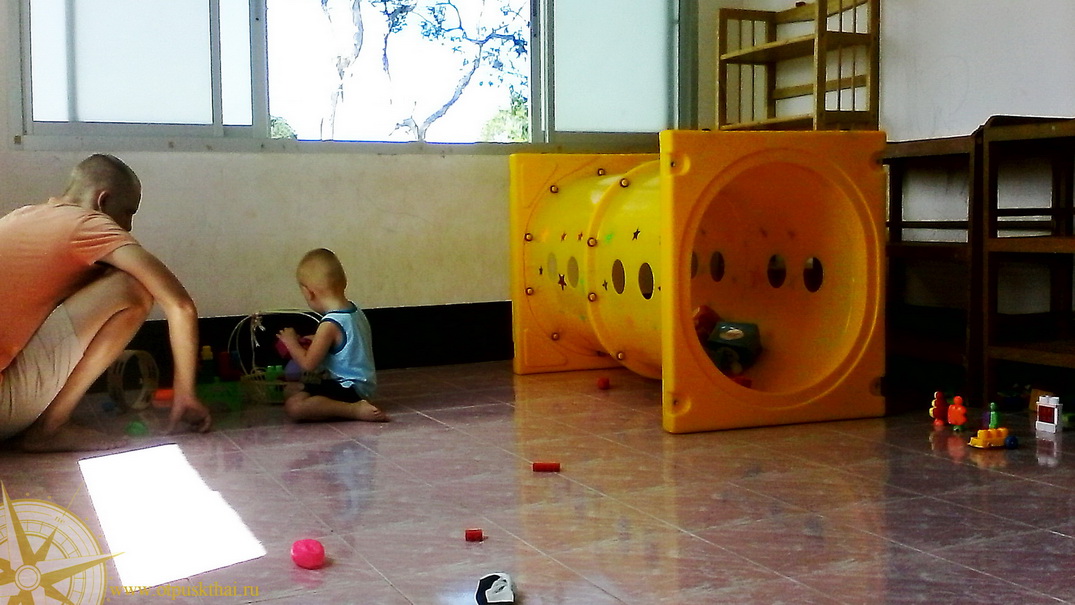 In this time we have seen to understand enough, as this garden does not approach us. Some kids free left groups and ran on street. Anybody did not catch up with them, did not return. The garden territory is not fenced and at once leaves on minor road. To one kid at his attempts to leave a close room clamped hard doors at first a head, then and a hand. It is a question not that with children were not engaged, and that behind them elementary did not look! We have decided that enough here have seen enough and have left idea to attach the child in a kindergarten on a Ko Lanta. 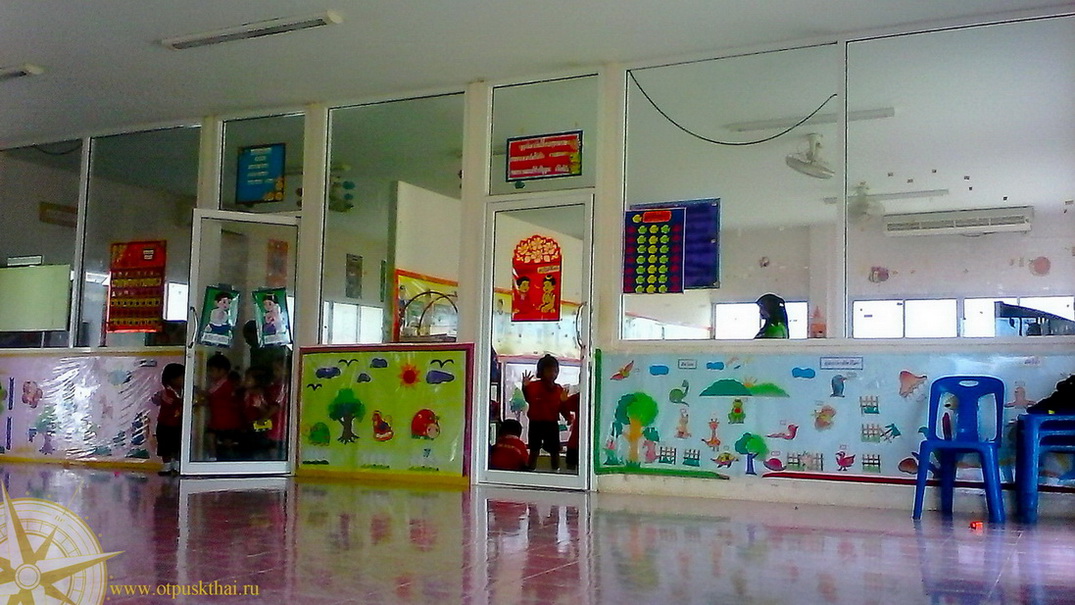 Than to be engaged on a Ko Lanta we certainly have found. A week on island to miss it was necessary to nobody – the hotel on a Ko Lanta with pool has brightened up our leisure, and sights of a Ko Lanta and dialogue with local house and wild animals have worked on expansion of an outlook of the child. Besides, in the Old city of Lanta there is a fine children’s playground on which child can to drive on a swing, to roll down from hills and to climb on rope ladders. Near to it there are free street sports training apparatus and platforms for games in football and the Takro (Thai game by a wattled ball). 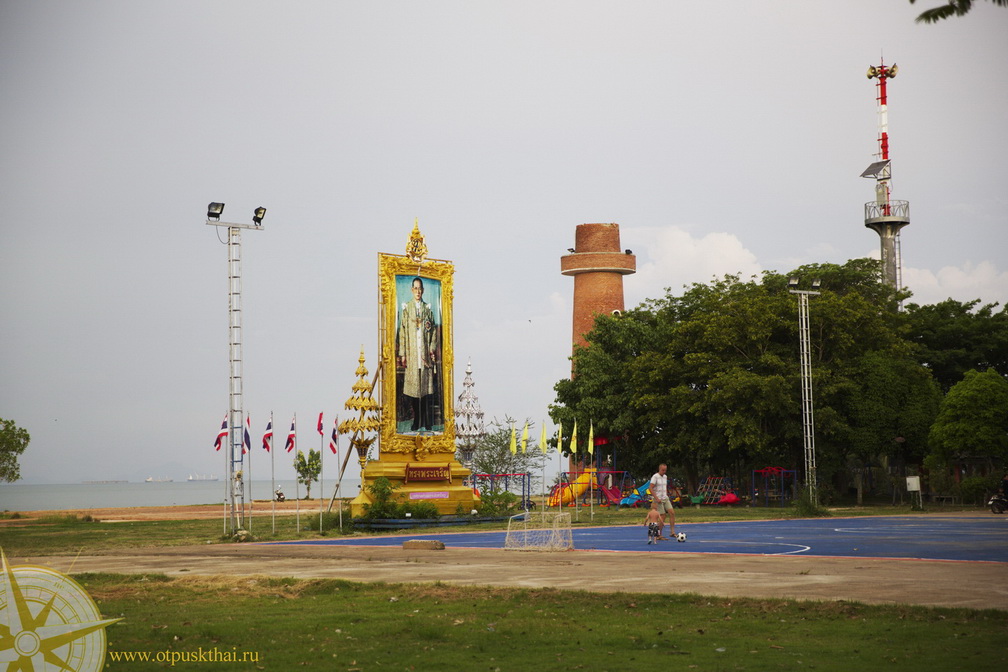