There came to us from Samui to a Krabi on school vacation an united family with charming children of Sima and Klim. And to one of fine sunny days have gone with them from an Ao Nang on local sights of a Krabi. After driving by a boat, photos with a crab and survey of amusing traffic lights a town have gone to a Krabi to submit the highest View Point in a province – Tiger cave temple Krabi.

On an entrance to a Buddhist complex it is high on a grief the viewing point with a statue of the Buddha and a stupa was seen. The height of a steep rock on which monks have brought this greatness makes 300 metres and conduct on top of 1260 steps though it is below specified 1237. It has turned out therefore as one of the most abrupt and dangerous flights have closed and have made detour, thereby having increased quantity of steps to top. 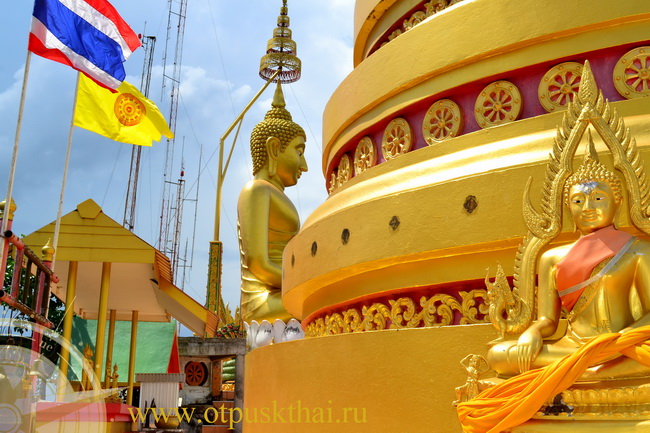 At a viewing point foot the operating Buddhist monastery near to a grotto where on a legend before veins a tiger, but in 1975 respectable monk Luangpor Jumnean Seela Settho has lodged here has settled down and has started to practise Drachma. Since then the tiger has left far in mountains and more it nobody saw. But in territory very comfortably there lives flight of wild monkeys, they feel at home, frolicing on roofs, lianas and steep rocks, and tourists contrary to forbidding inscriptions feed up their various sweets. 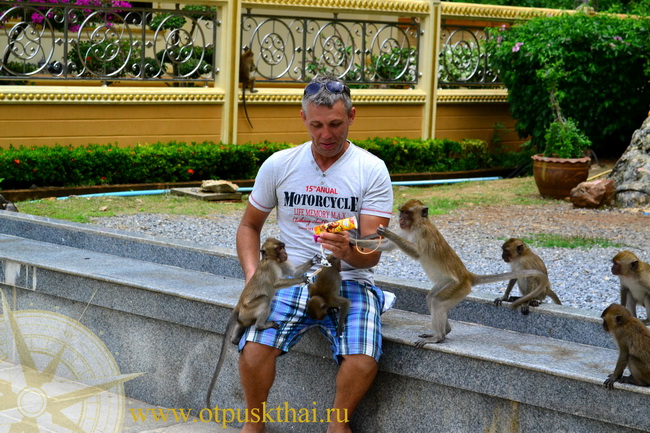 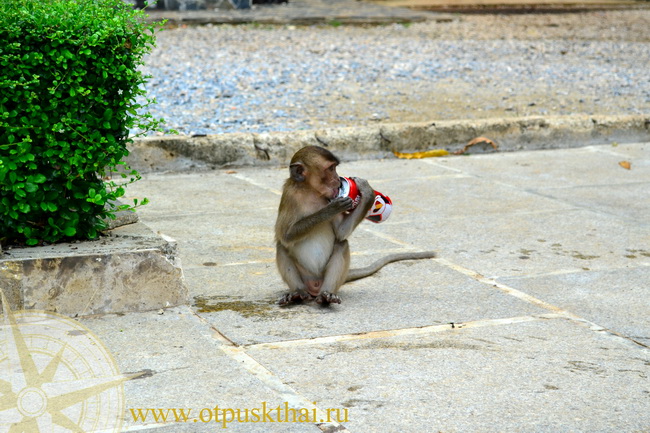 Having examined a grotto and a Buddhist complex at a foot, we have approached to the first steps, leaders upward. In the way beginning there was a small hitch – with us there were children and the small doggie in loading, but to look after them below has stated nobody desires. And here lifting has begun. The first 20-30 steps were gave to all with ease, on then figures on columns have spread painfully slowly, and the height of steps became more and more. To many thoughts have returned: instead of whether to sit to me together with children below. But the most interesting children almost to top persistently went upward, without wishing to interrupt lifting, thereby without giving the chance to have a rest adults. Well at last last column with figure 1260 remained behind the back and before us an approving applause from the group of Chineses standing at top has begun to sound. 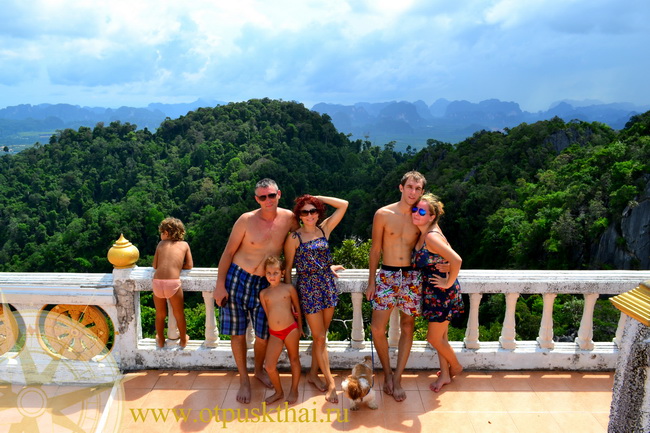 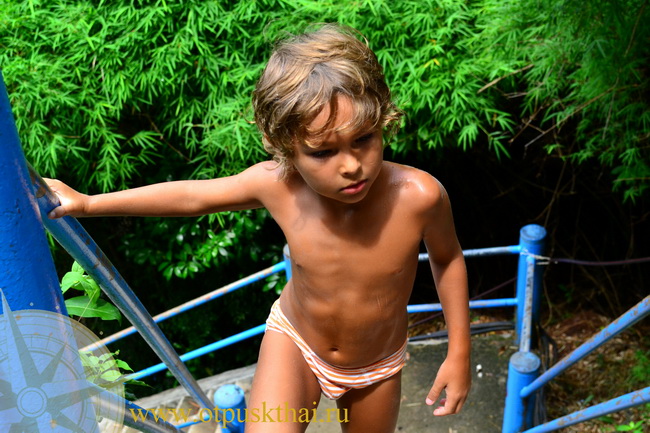 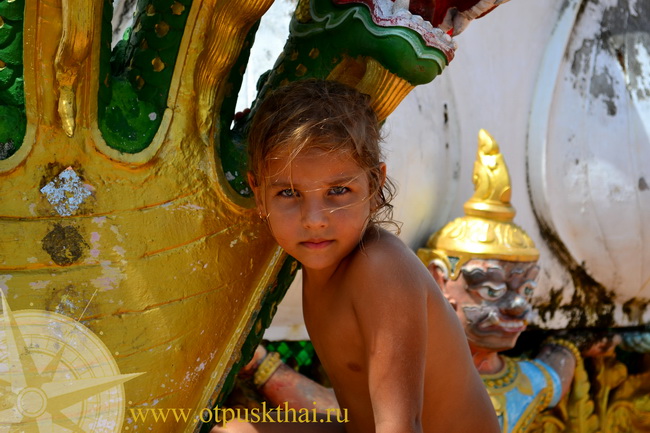 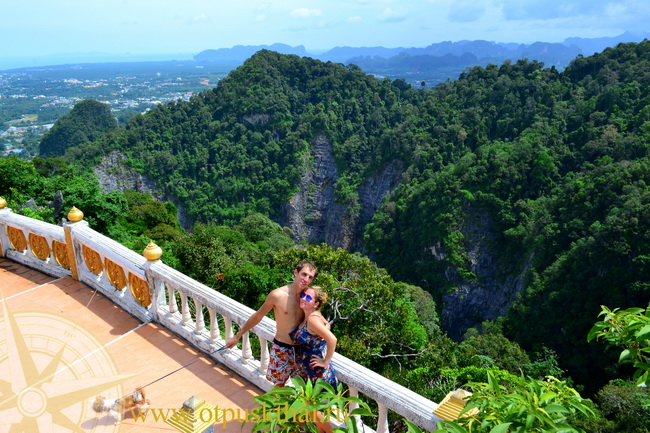 We have risen on the highest survey platform of Krabi Tiger cave temple and before our look the remarkable kind on magnificence of the karstic mountains, created by the nature has opened in the millenia. The gulf and a Krabi city was visible, the province airport was seen, and the line of horizon was slightly bent, reminding that our earth all the same the round. In the distance passed storm front, adding a situation savour, but good luck was on our side and we remained in sun beams, observing this miracle of the nature and the person. 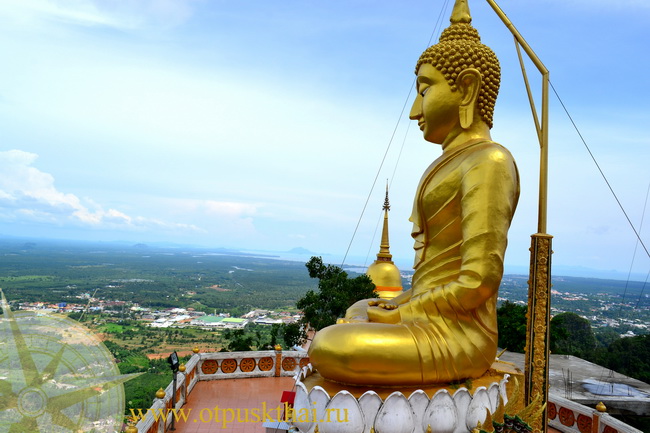 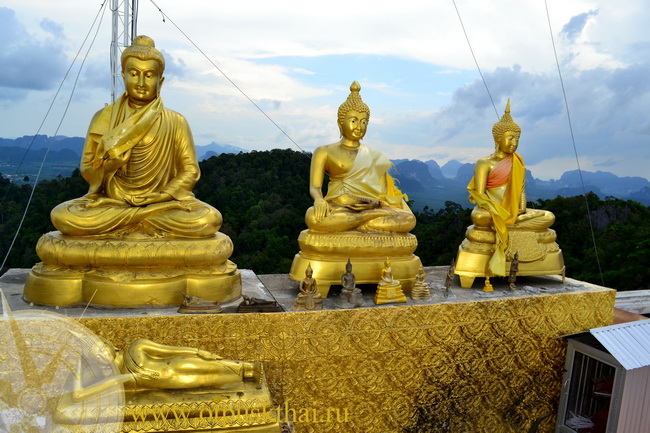 All have adequately sustained this lifting, having tested the body for durability and endurance, and there can be after time someone will want to pass this way again.

To visit Tiger cave temple Krabi it is possible within the limits of a private sightseeing tour on a Krabi province.