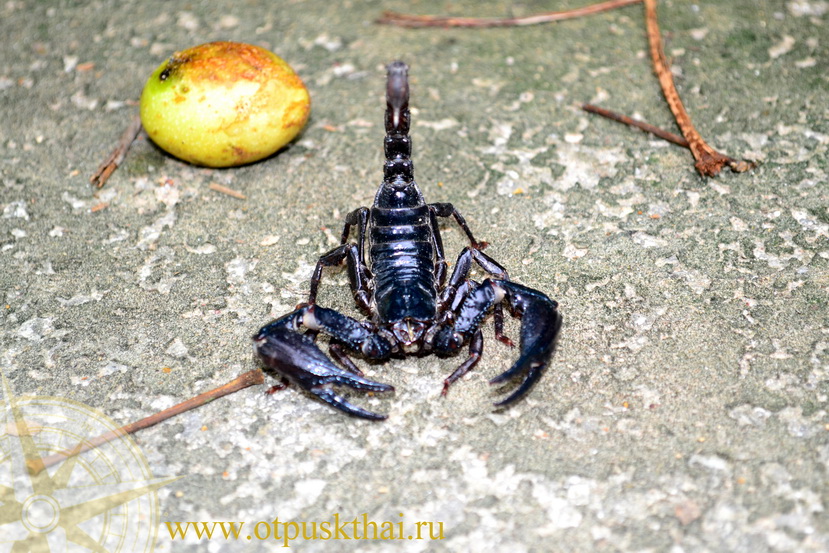 Meeting with a black scorpion in a Krabi

In the beginning of the sketch I want to warn – the black scorpion in Thailand is one of kinds dangerous to the person. And everything that I will describe better further not to repeat, therefore as at a sting of a black scorpion there is an intolerable pain in the field of a sting, gums, the asthma, spasms of muscles accrues. If in time not render medical aid the person can to die of sharp respiratory insufficiency.

So, by kindergarten search in an Ao Nang near Thai school near to jungle village bungalows we have turned on minor road Soi, the leader by Thai settlements deep into jungle. Having passed pair of beautiful small houses not thai style, leased, we have left on well asphalted road to vicinities of an Ao Nang of a province of a Krabi. As I did not take with myself GPS and where it is road could deduce we did not know, have decided to be developed back and not to get off from the planned search plan of a garden for our son. We already have almost got to back to school as we have seen the black scorpion creeping through road. Having left a motorbike on a roadside and having armed with sticks, we have stopped it to be photographed. 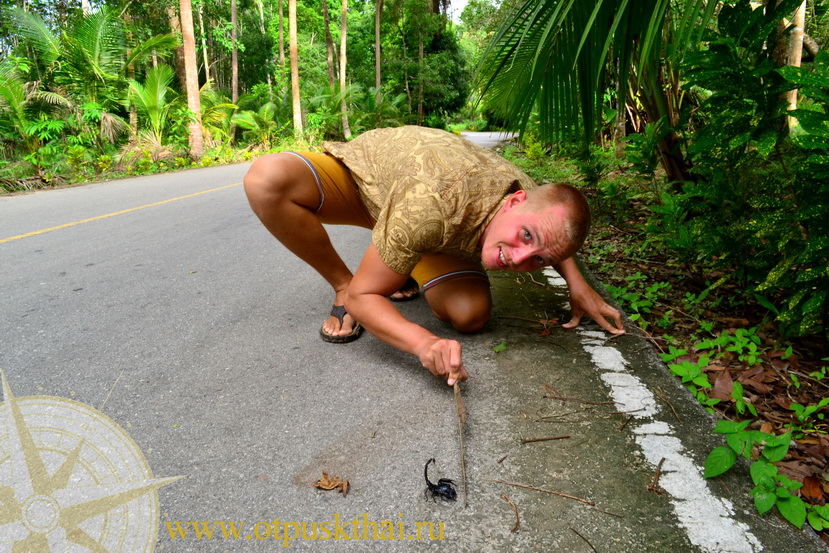 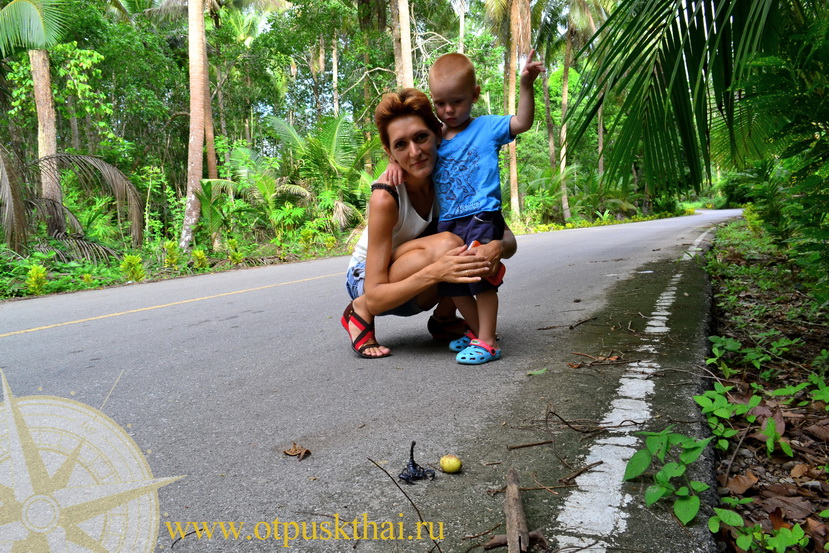 Being engaged in the enduro on island of Samui, I often went on impassability in jungle and at various times a year time and again saw black scorpions in habitat at liberty. I even had control over a couple on falls of Namuang 1. 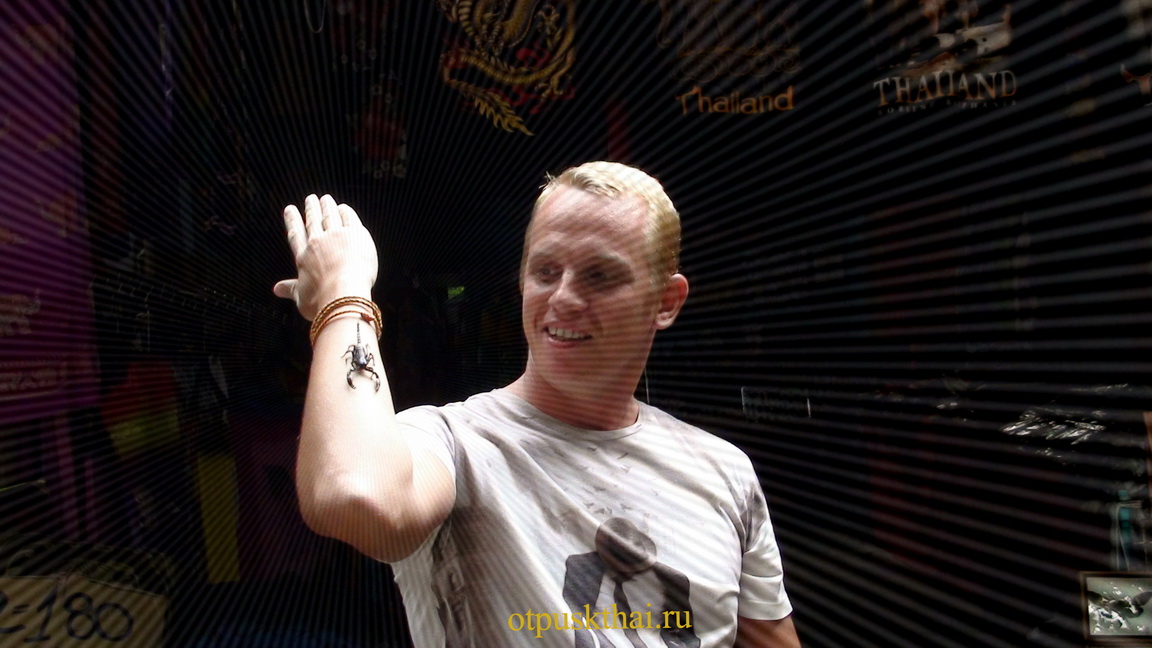 But it is necessary to note, though black scorpions and in a Krabi are similar to Samui in appearance, character and behaviour at them different. If on Samui they passive, lazy slowly creep, in a Krabi this copy quickly moved, constantly stood in a rack, watched my movements, ready at any moment to attack, caught at a stick pincers, constantly turning towards danger. 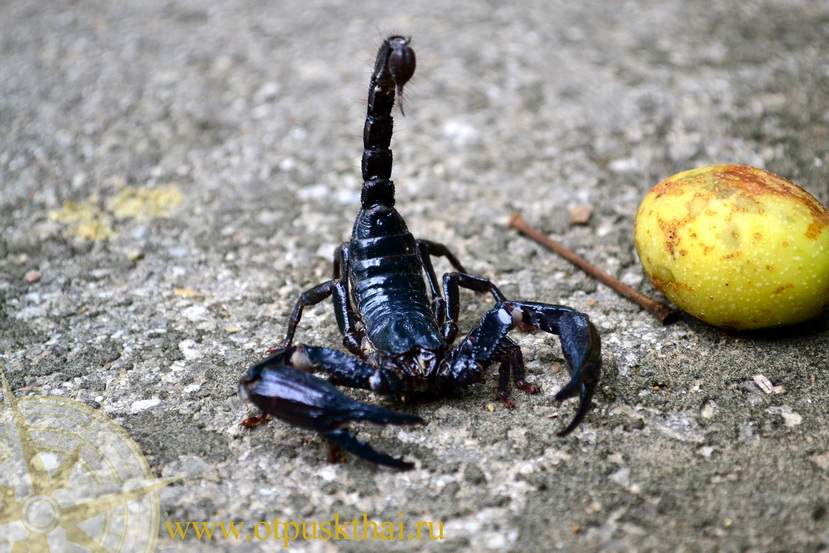 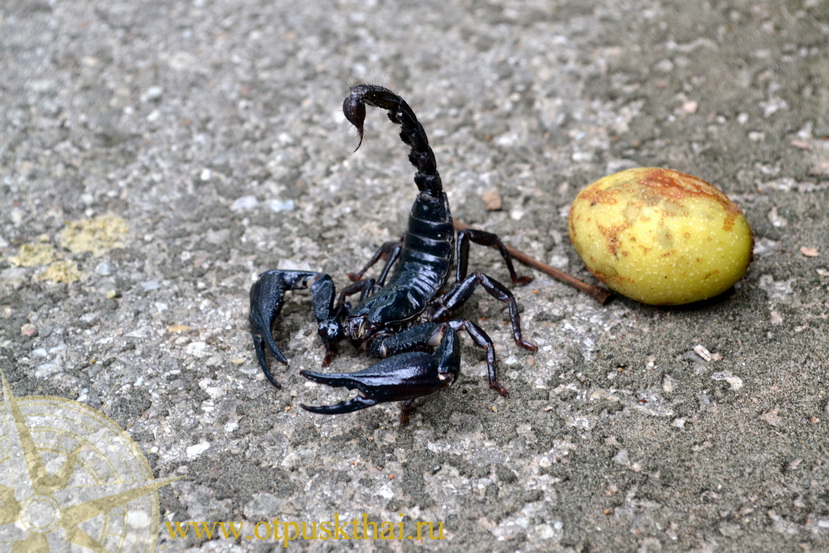 After the spent photoset with our new acquaintance, we have decided not to interfere with balance of the nature and have released a scorpion back home. Here such here the unexpected meeting has occurred at us in an Ao Nang in a Krabi province. And it reminds once again that it not wood in a midland of Russia, and jungle where there lives a considerable quantity of any creatures with which it is better to person not to be crossed.