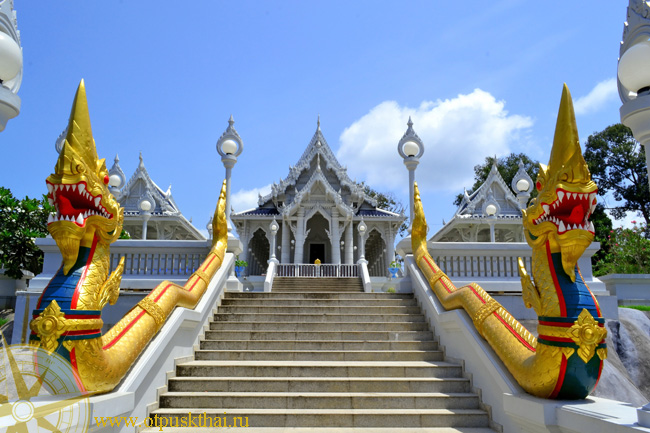 Sights of a Krabi-town are presented by numerous monuments. Besides, it can brag and a religious architectural structure – Wat Kaew Korawaram. Distinctive feature of a temple is its monochrome furnish – outside a temple of absolutely white colour. Unlike the Red temple on island of Samui, the White temple of a Krabi has the finished appearance.

Creation of a temple Wat Kaew Korawaram  has begun with settlement of 200 families in 1887. Initially it were dwellings for monks. The matter is that at that time, one of monks has brought from Phuket and has grown up 2 trees. It has planted them on purpose to cure a malaria and a fever at people and in particular at monks. 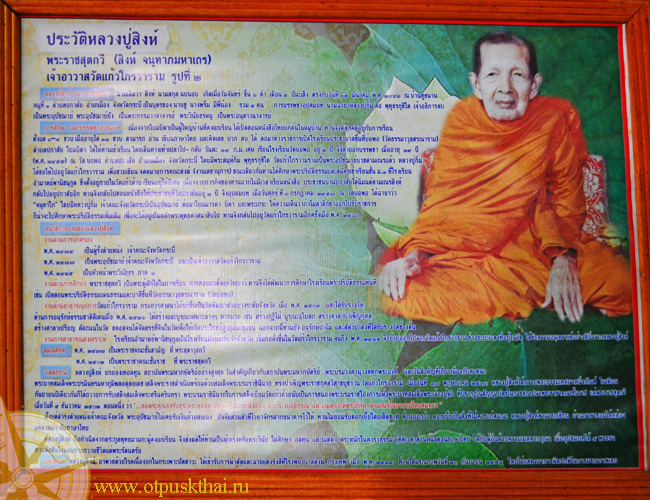 In gratitude, in 1887 inhabitants had been constructed residence of this monk that there was a place for the religious activity, become known as «the Place residence Pak Nam of the monk». With increase in number of monks which developed this temple complex, here it was created more and more halls to settle and support them during building. The appeared dwellings and are used today for placing of monks and the pilgrims coming in Wat Kaew Temple Krabi. Thanks to the general efforts and the harmonious work, the temple «Wat Kaew Korawaram» has appeared many years later also. 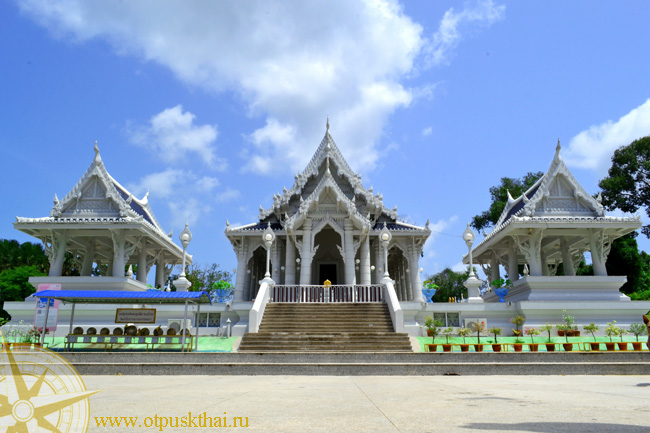 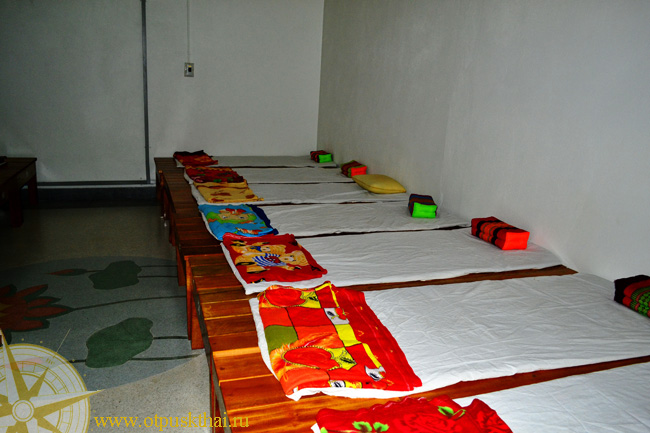 Temple Kaew became the Buddhism centre where in 1912 the church province of a Krabi has opened Buddhism courses. In 1957 doctrines began to extend and on other areas of district. To this day any interested person, having gone down downwards on a ladder conducting in a basement of a temple Wat Kaew Korawaram, can hear in Thai language to detailed history of its creation and hear about the Buddhism. 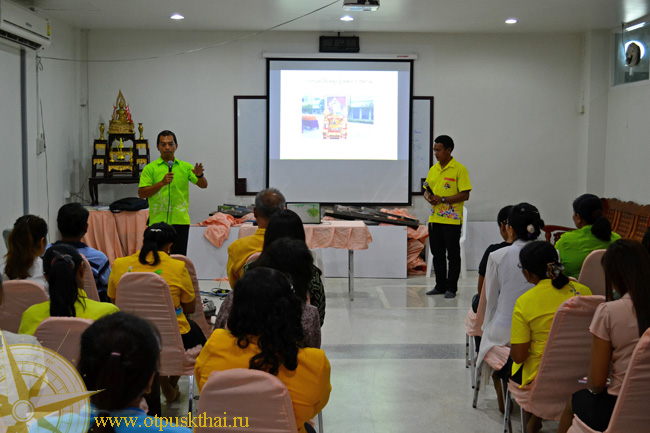 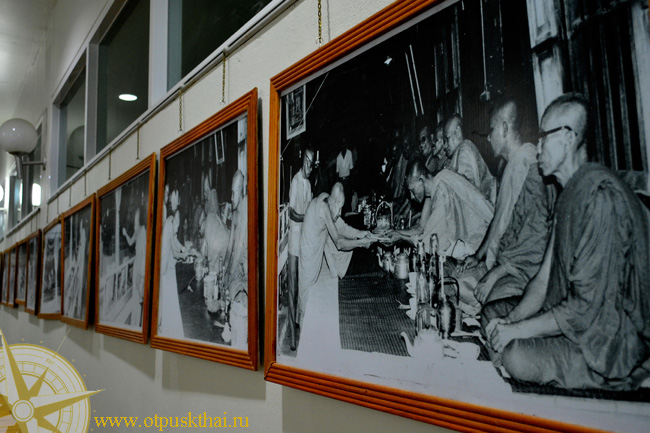 On an idea, from within the White temple of a Krabi is decorated by colour pictures of stories from life of the Buddha. In the middle of hall Wat Kaew Temple the gold statue of the sitting Buddha towers. In everyday life here absolutely there are no people and it is possible to address to the Buddha, remaining alone. 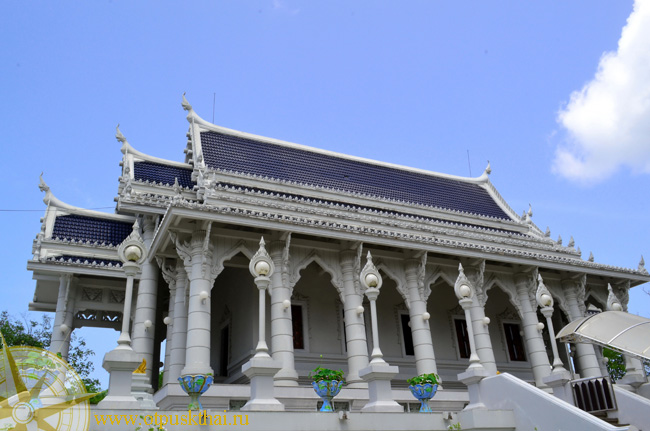 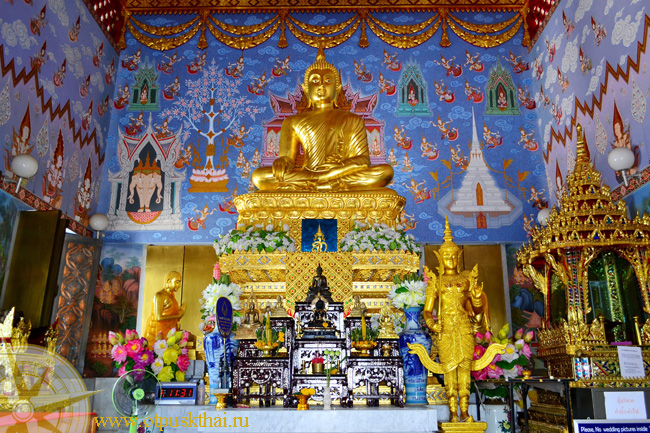 From the central entrance to a temple the wide ladder which handrail by tradition is executed in the form of long conducts, beautiful Are nude. On one of slopes the garden with falls which operates on special days is broken, and in a shade of its trees figures of families of elephants and tigers have settled down. 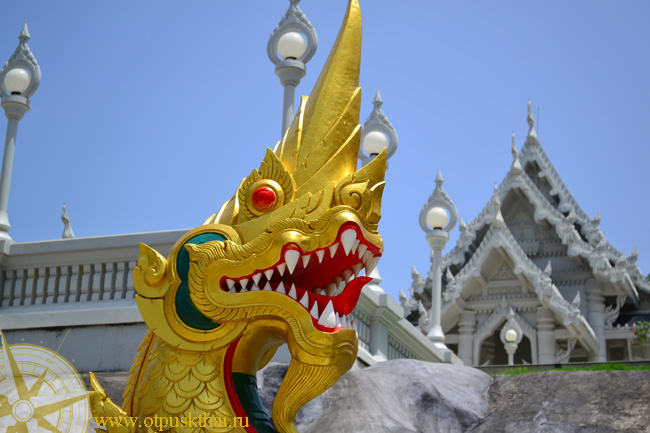 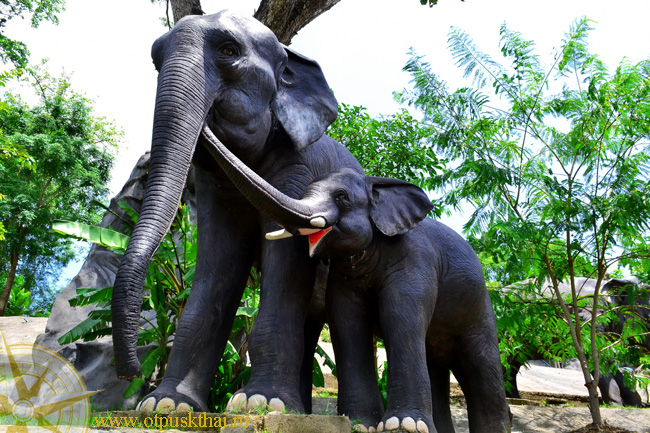 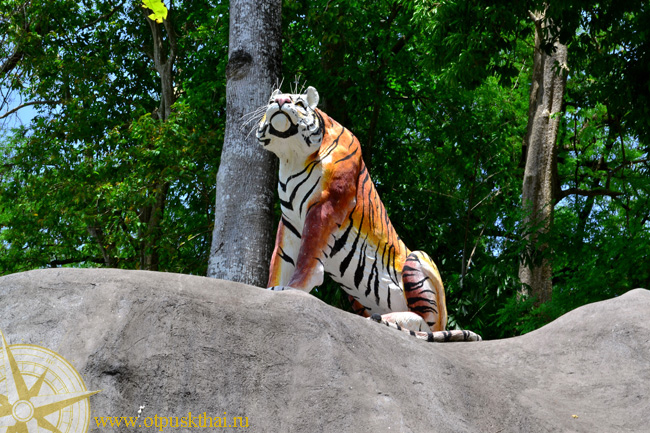 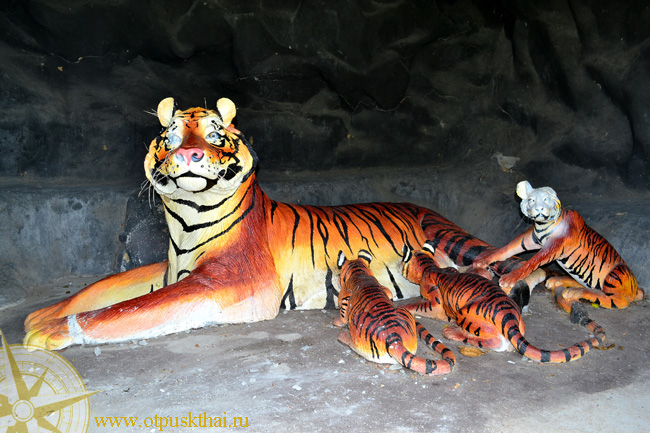 Besides a smart part of a complex with a ladder, a garden and a temple, on it other constructions are located also. For full studying of this place it is necessary to allocate at least a pair of clocks in working hours Wat Kaew Korawaram: since 8 mornings till 17 evenings.
For short time of existence of the White temple in a Krabi, it became a favourite place for Thais. Local residents come here the whole families not only for fulfilment of religious practices, but also for fascinating walks. An elegant decor of White temple Wat Kaew Krabi a traditional place for carrying out of wedding photosessions. 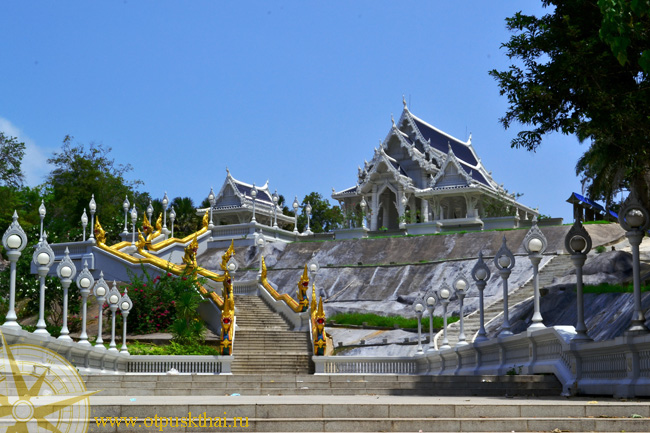 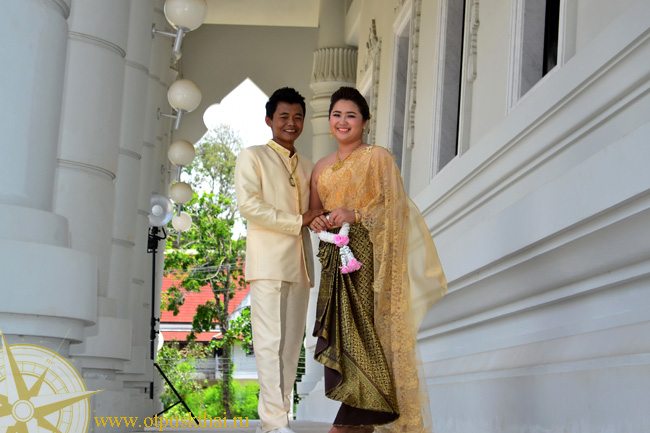