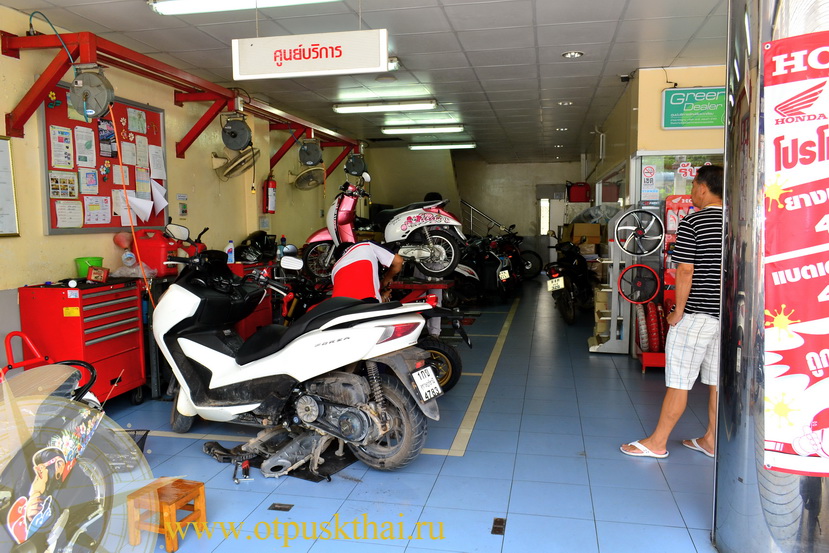 It is necessary to note we have moved from Samui on the Honda Forza and to that time run became 20 000 km. Has come to spend time service in an Ao Nang. I am provident for Samui have bought the oil filter and was not mistaken. Having arrived to Honda the centre in an Ao Nang which is near to the main mosque, I have seen absolutely young Thais repairing motorbikes. Masters have very efficiently lifted on lift Forza, but on their persons has been accurately written: what with it to do? I have pointed a finger that from them it is required and have left in a waiting room. 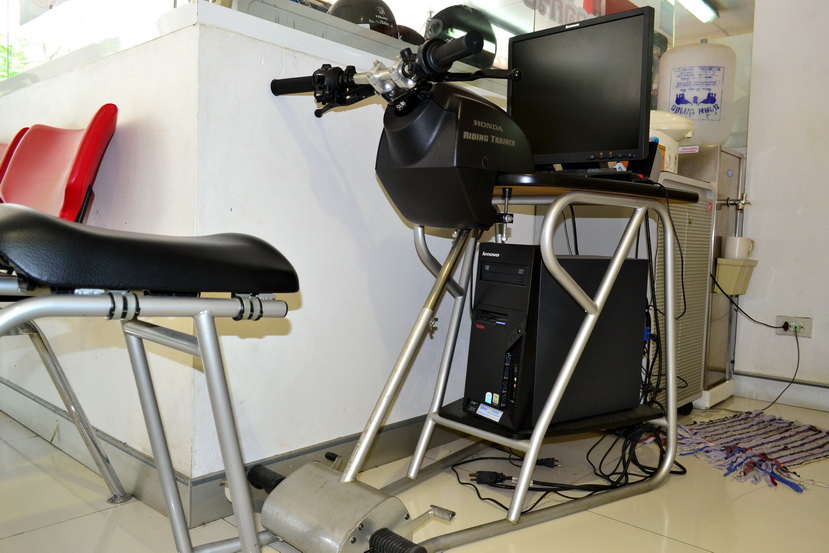 To this run I have faced some problem, at start from a place in Honda Forza variator unpleasant whistle was distributed. Replacement by Samui by 12000 km of a belt, cleaning of a variator and coupling has given not long effect, whistle has again appeared. And then me the decision to change coupling friction clutches was accepted. I have approached to masters and have asked the catalogue for the order of spare parts for a Forza, but I had very big surprise when it at them has not appeared and not only on a Forza – not on one motorbike! To me have politely smiled and have sent in a Krabi a town. Well it is fine, occasionally I will call in. After replacement of oils and service I have left.
And here just that case next day has dropped out and we have got to a Krabi a town. Having left the spouse with the son near to a Krabi hospital, I have decided to look for Honda the centre. Here certainly with it is a bit easier, I have found at least 3 their service centres. Having stopped a choice on one of them, I have come and have told about the problem. The master has approached at once with skill, has stated possible malfunctions, but has warned that on my motorcycle of spare parts in a Krabi there are no also they it is necessary to order from Bangkok. After some discussion the decision to open a variator a Forza was accepted and to look at coupling friction clutches if are worn out to order. Through pair minutes the cover has been taken off also coupling is disassembled. Friction clutches were good, a belt whole, but the dust from overlays was everywhere. 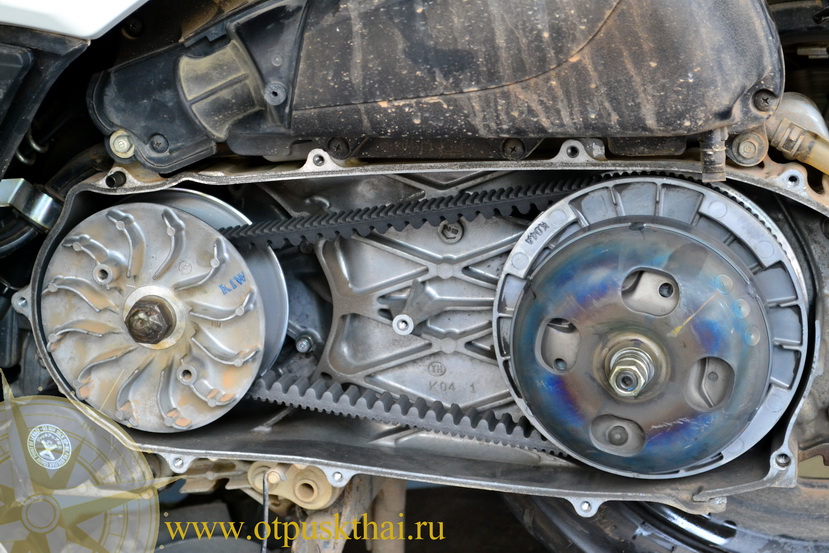 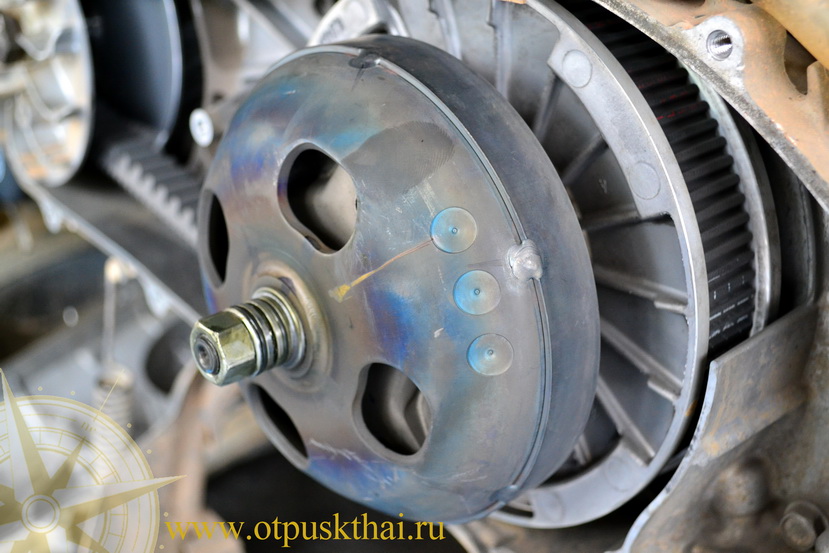 After survey and installation what to change it is necessary nothing, the compressor all details of a variator have blown and have collected into place. After assemblage me have asked the service book, but here disappointment I have laid out its house, the service receipt in an Ao Nang has approached. But as soon as the master has looked it, he had a question: Why? Why did they do it? 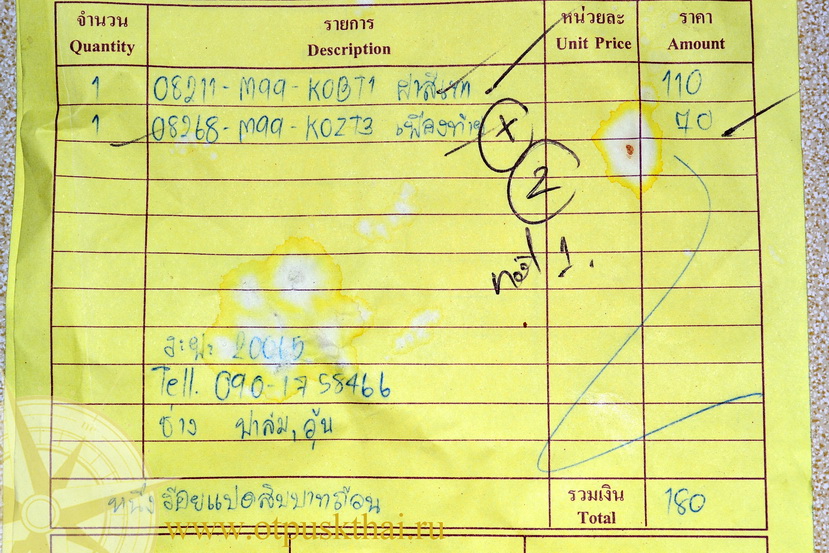 It has appeared that in Honda the Ao Nang centre, young mechanics have filled in to me less oils in a reducer, than under the instruction. He still very long apologised for another’s mistakes and when I have asked, how many there is a service has heard the answer – any money it is not necessary.
Here reputation Honda company and so maintains! By the way, who will search for Honda the centre in a province of a Krabi Thailand, I recommend this. It is in the city, on crossing of roads with a traffic light of the Neanderthal man. 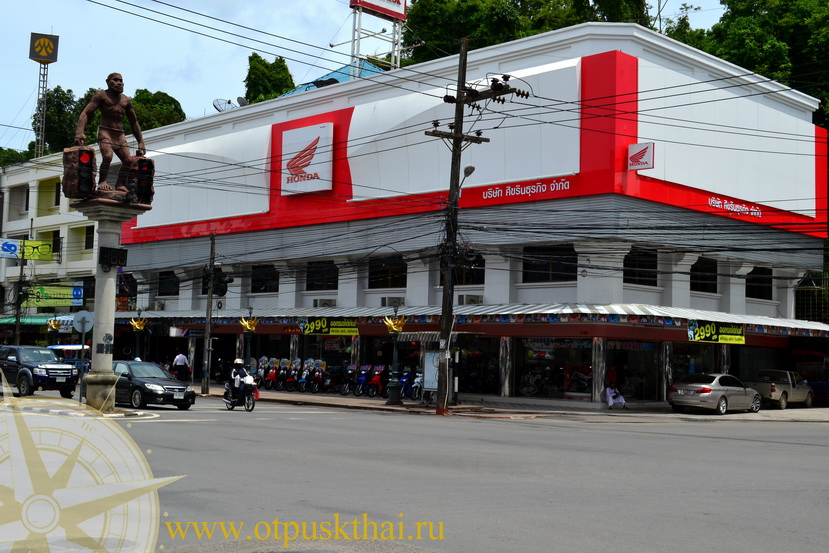 As a result cleaning of coupling of a variator has helped whistle was gone. More likely this malfunction should be carried to one more point of service of Honda a Forza.